got offered a new car the other week, i bought it to save it with the intention of quickly passing it on to someone who will restore it,so i took some pics and i put it up for sale.
As the hours passed and the messages kept appearing i got more and more aware that i was making a terrible mistake and that i did have room for a third Scirocco project. My wife is still with me, and has taken the news better than i thought, she obviously knew from the start that id be keeping it.

So, this is what i now have -1984 Scirocco mk2 GL 1800 automatic with 61k on the clocks, early 55ltr fuel tank model. I have no history or paper work with it, i was told that it had one lady owner for the majority of its life and that it has been dry stored since coming off the road in 2016.

According to Dr dubs scirocco page all GL's were 1600. all the info for this suggests its an 1800 though, any thoughts?

The current condition of the car is as follows-

Engine, Seized and missing vital components like the carb.

Gearbox- no idea on condition, probably wont until i bolt a working engine to it.

Interior- rear seats have disintegrated at the top, bits of trim are missing or dirty, dash is badly cracked, door cards are shagged. other than that it should clean up ok and i do have a few spares to replace a lot of the bits. also got an old Sharp Radio, no idea if original but its def old.

Exterior- not too bad, needs a repaint, bit of rust on drivers door and the rear drivers seal/ lower arch needs attention. Bit of rust around the windscreen that needs sorting and a few dents. overall though its solid, rear beam attachment areas are good, rear valance is good, panel gaps are decent.

Plans- Its popping into dry storage for a while until i have space and the other 2 cars finished, then a tasteful resto mod, nothing mental but nothing too standard. Going to be keeping it automatic, its not a performance car, more a cruiser.

image0 (1).jpeg
You do not have the required permissions to view the files attached to this post.

Few more photos of the beast. ill add a video walk around to my youtube account this week, ill also start documenting the resto/ modifications of this and my others - https://www.youtube.com/channel/UCtoApB ... hK3tDfTW_Q

image1.jpeg
image4.jpeg
image2.jpeg
You do not have the required permissions to view the files attached to this post.

Nice find - the auto box is hugely underrated in my view - kickdown is excellent. I have accumulated a bunch of auto knowledge & info if you need anything.

kidcrewbob wrote: ↑
Tue May 05, 2020 3:26 pm
Nice find - the auto box is hugely underrated in my view - kickdown is excellent. I have accumulated a bunch of auto knowledge & info if you need anything.

yep auto info would be very handy cheers, i have never had or played with one. could you email me all the info you have to dreadnoughtcustoms@gmail.com and i can have a good read up about them all.

Sent from my iPhone using Tapatalk

I too was also tempted. We've already got a 1600 auto and a few Mk2 Golf autos so have the odd engine and carb lying around as spares. My Scirocco did "outpace" a Ford Galaxy that sat on my tail. Enjoy

I shall enjoy it, already many ideas popping into my head

I took some videos for potential customers, thought id stick em in a you tube video.
so if you want to see 10 mins of crap videoing, pants audio and general boredom heres the link- https://www.youtube.com/watch?v=i3WjAcDybU8&t=9s

That is super cool! It’s almost identical to my 82 auto.
Where in Essex are you? I wouldn’t mind, when allowed, to pop and have a look as I want to compare some bits I’m having issues with.

Could you tell me how many vacuum pipes come off of your distributor? Mine has 2 but everything I can see online only shows 1.

Hello mate. I’m in Chelmsford, your welcome to pop over. Unfortunately the car is away in storage at a secret location so viewing that one isn’t possible, although it’s missing the carb anyway and a few other bits do probably not too helpful. Pm me on Facebook messenger or watts app, I might be able to help. Thomas Scragg 07917844456

My understanding is that all mk2 autos were 1800

My understanding is that all mk2 autos were 1800 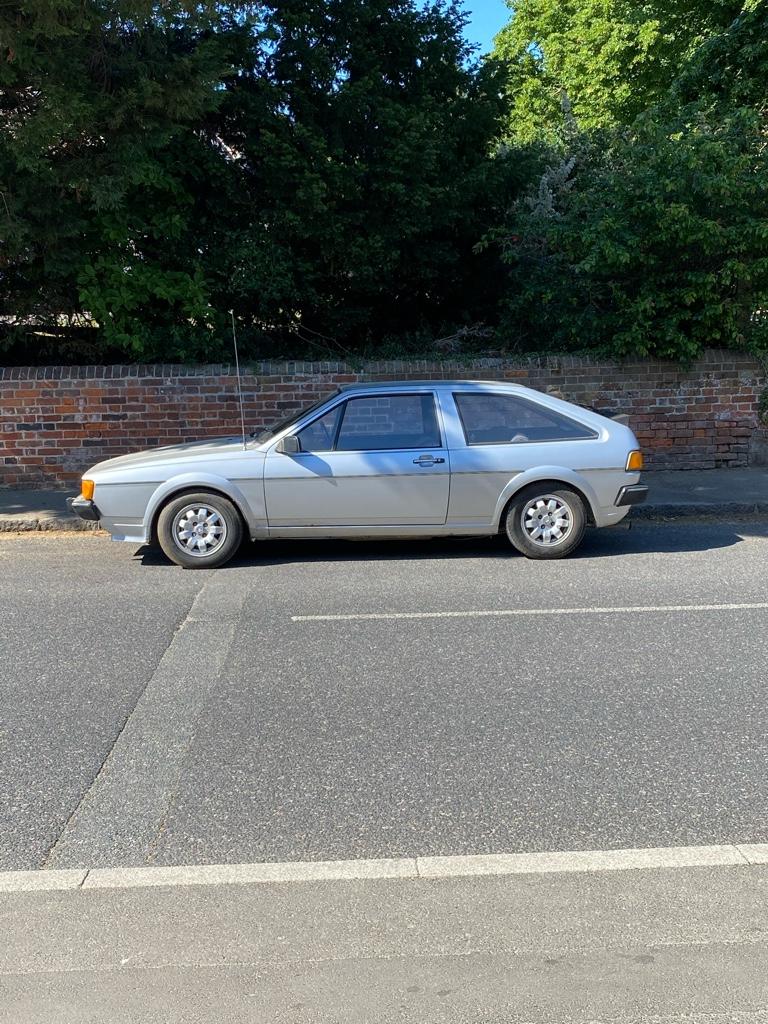 Sent from my iPhone using Tapatalk

GL in UK markets were as follows