Just an update to show that JUCY is in use over the winter and not tucked up somewhere warm and dry. 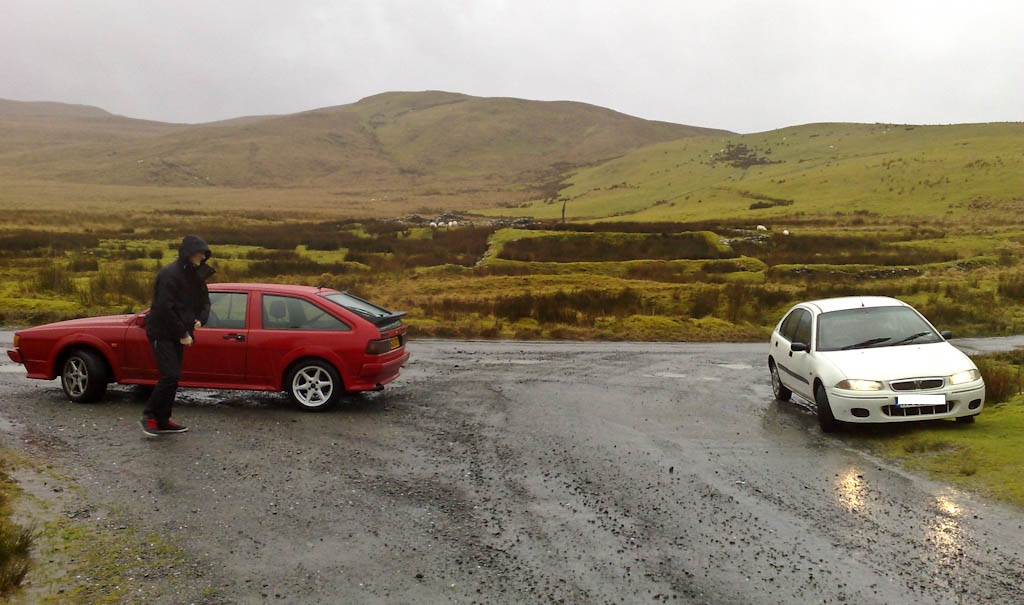 An unlikely pair of cars out to enjoy some quiet roads in mid Wales on New Year's Day having had a quiet New Year's Eve researching good driving roads and our route. As it was the mountains of Wales, it started raining heavily shortly after arriving so photo opportunities were very limited!
Last edited by Tim_R on Sat Oct 05, 2013 9:01 pm, edited 1 time in total.

I realised I haven't updated this or even done anything to the car since my last update about New Year except to wash it occasionally. Life has been a bit hectic over the past 3 months so I just haven't had the time. But anyway new job, new house and new location in the country kinda settled, so have finally given the car a bit of love. But now have a longer list of things to sort!

The good bits. A full service, wash and polish plus sorting out an intermittent first and second gear selection which means traffic jams on the way to work in the mornings should be much easier to deal with.

The bad bits. Coolant leak from the rad top hose flange from the head. Oil leaks from both crankshaft oil seals, clutch end replaced when I refitted the engine, pulley end not touched. Sump gasket appears to be leaking, head gasket seems to be letting oil down the back of the block somehow. To cap it all off, I've also managed to cross thread the spark plug on no. 1 cylinder! It's not going to go anywhere but I need to fix it soon!

Well after many miles of almost trouble free traveling, something had to break. In this case the high pressure fuel pump died on my way home from work this evening. Anyone on the Northamptonshire/Leicestershire border happen to have one they don't need?
I'm about to rely on my Golf which has a dodgy head gasket and knackered alternator bearings. Time to cross everything and see if I can get to work tomorrow.

So I've totally failed to keep this updated, quick update to the present day

High pressure pump failed before Christmas, new bosch one fitted, Christmas plans not interupted.
Wheel bearings - replaced all of them with new ones that didn't come from GSF and aren't made of cheese.
Rear beam swapped as it was easier than swapping a bent stub axle and refreshing poly bushes, new rear brakes fitted at the same time. Much improved cornering having the rear wheels pointing where they should.
Lift pump swapped for a new one.
Coolant temp sensor for the ecu replaced with genuine VW part, stumbling and flat spots gone.
General service
5 new Michelin pilot exalto tyres, tore a hole in the sidewall of one in less than a week avoiding a tool in a sprinter van. Still better him taking the side of the car off.
Suspension in need of a refresh, the rear dampers are on the MOT advisory list 2 years running for "slight corrosion". One has also started leaking and has noticeably less damping than the other side. The fronts are generally tired and top mounts need replacing again as well :(

So new shiny was purchased and is sat in my living room waiting to be fitted. :) 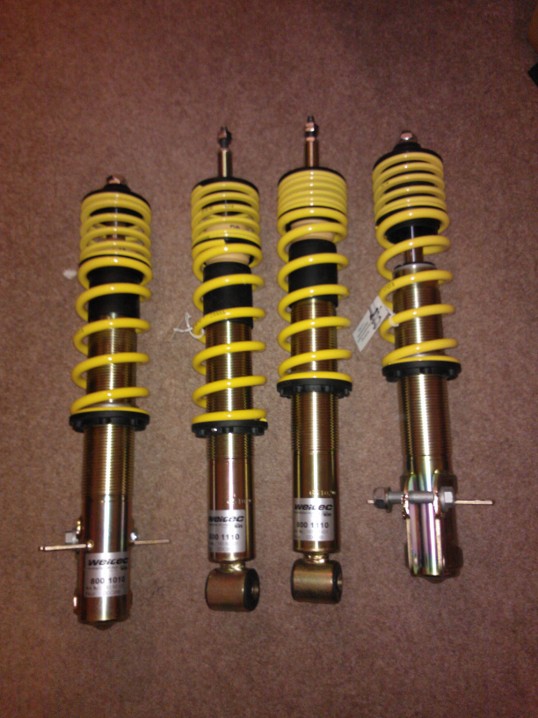 Unfortunately my other project/daily transport is in front of the garage and needs to go back together first. 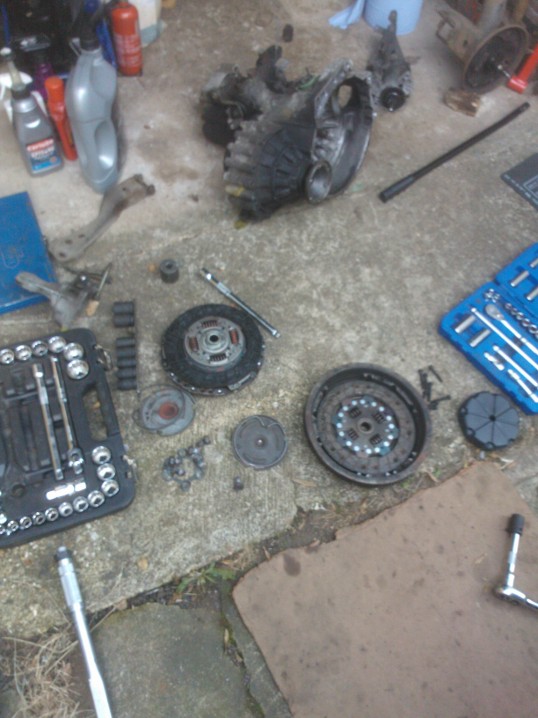 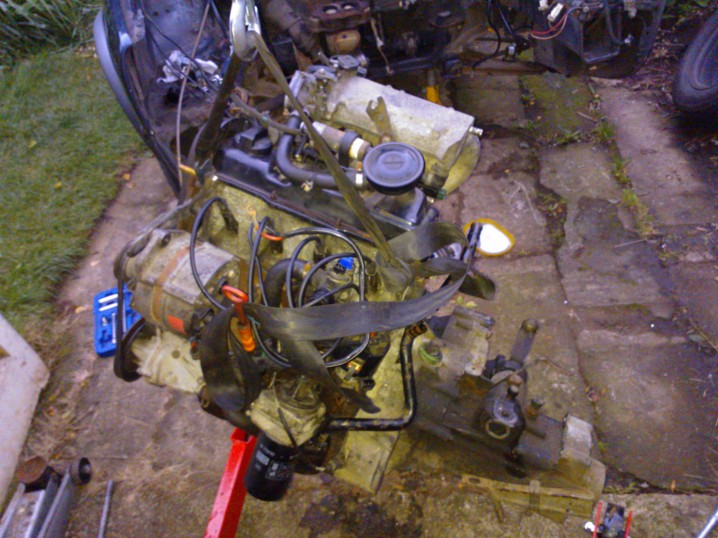 One engine and gearbox 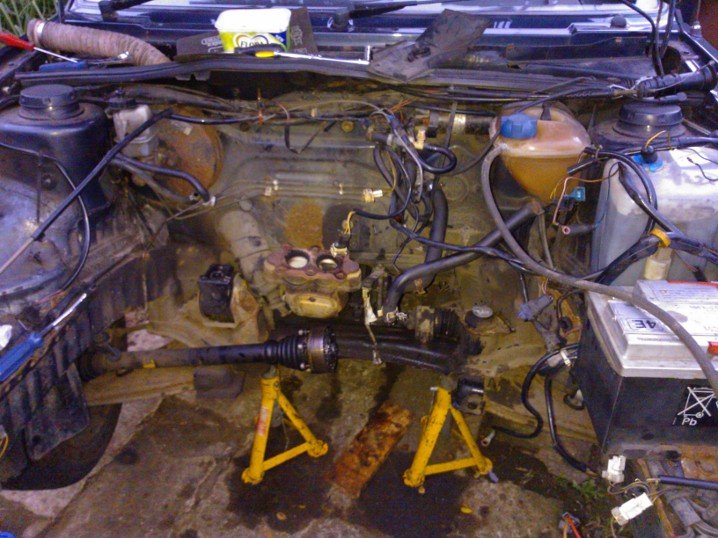 i notice your brake servo is on the drivers side deleting the linkage system.. did you move it there yourself?

aha makes sense! yeah i can't see a lot of your photos.

So to summarise an update. New wheels and oil leaks! 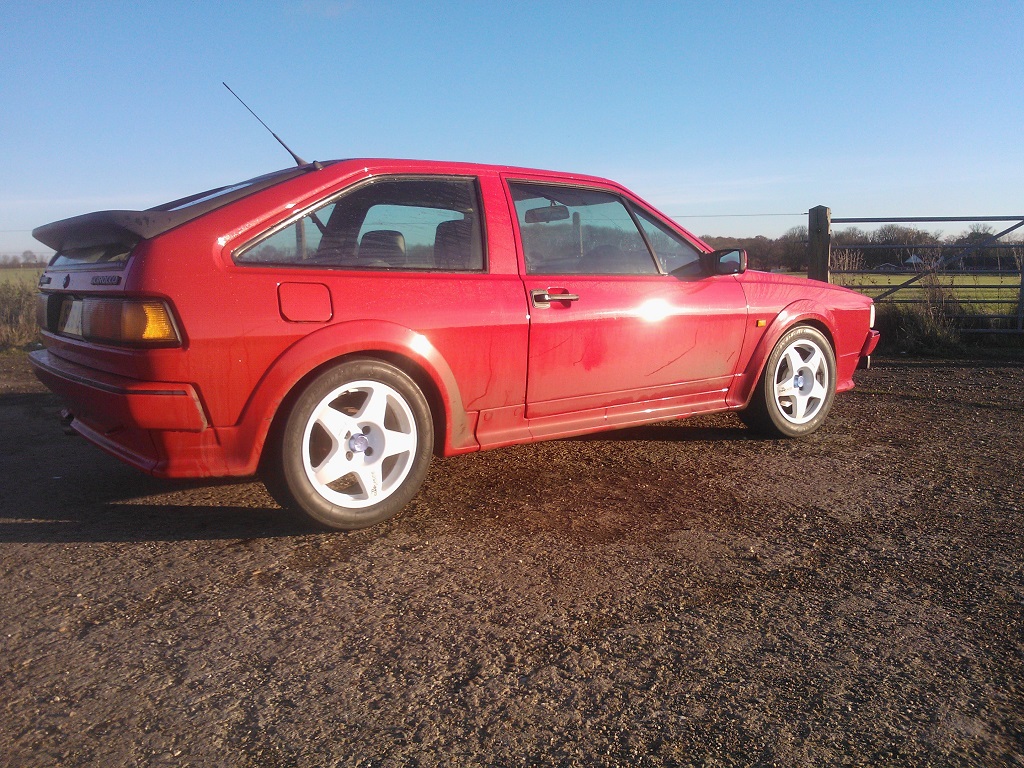 Wheels could really do with a refurb and tyres are for track use only as they are slicks, not fully decided what to do with them yet. I can't do any track days until i fix the oil leaks.

Oil is escaping from a number of places at the moment so the engine needs to come out for cleaning and seal replacements.

Crankshaft seals, both ends, oil getting on the clutch and causing it to slip.
Oil cooler top o ring seal is leaking quite badly, the oil filter was hit and bent in the accident, maybe it's done more damage than I first thought.
Distributer shaft seal is leaking so oil is getting all over the hall sender running down the side of the head and block.

Oil cooler/water feed type top seal. (incase like me you have problems finding one.)
http://www.ebay.co.uk/itm/Engine-Oil-Co ... 46129bc87f

I could not find one when searching for my Mk1 Golf cabriolet DX engine when mine blew, found this one from GSF and it fits, don't know why its not listed for Mk2 Scirocco and Mk1 golf cabriolet?

Cheers fella, appreciate the link. VW have supplied all the parts except the rear crank seal. They only supply that with the aluminium casting that bolts to the block which costs over £100.

I did the oil cooler seal about 5 years ago so I'm surprised its leaking, but the real annoyance is the rear crank seal having gone. Swapped that before I put the engine in last time because it was easy to do when everything was out the car.

Now we've had some decent weather and I can work outside without getting rained on, I've started on the job of fixing the oil leaks and cleaning the engine up. Pulled the engine and box out to find that the rear crank seal isn't leaking at all, but the gearbox seals are, which was causing the clutch to slip. Lots of degreaser and washing later I can just about handle the engine without getting filthy and can start to strip it. Now I'm facing a dilemma, It looks as if it's been running lean for a while because the plugs and exhaust valve stems are covered in white deposits, he stem seals are original and need replacing, it will probably need valve guides and the valves relapping. Should I do this knowing I then need to buy 4 new injectors to replace the originals, or fit the unknown history ABF that is sat in my garage and give myself a whole different challenge/set of problems, the wiring being one of them.

I've got the Compomotives back from being refurbished. They are very white and shiny now :)

I think I've found the cause of my clutch slip! 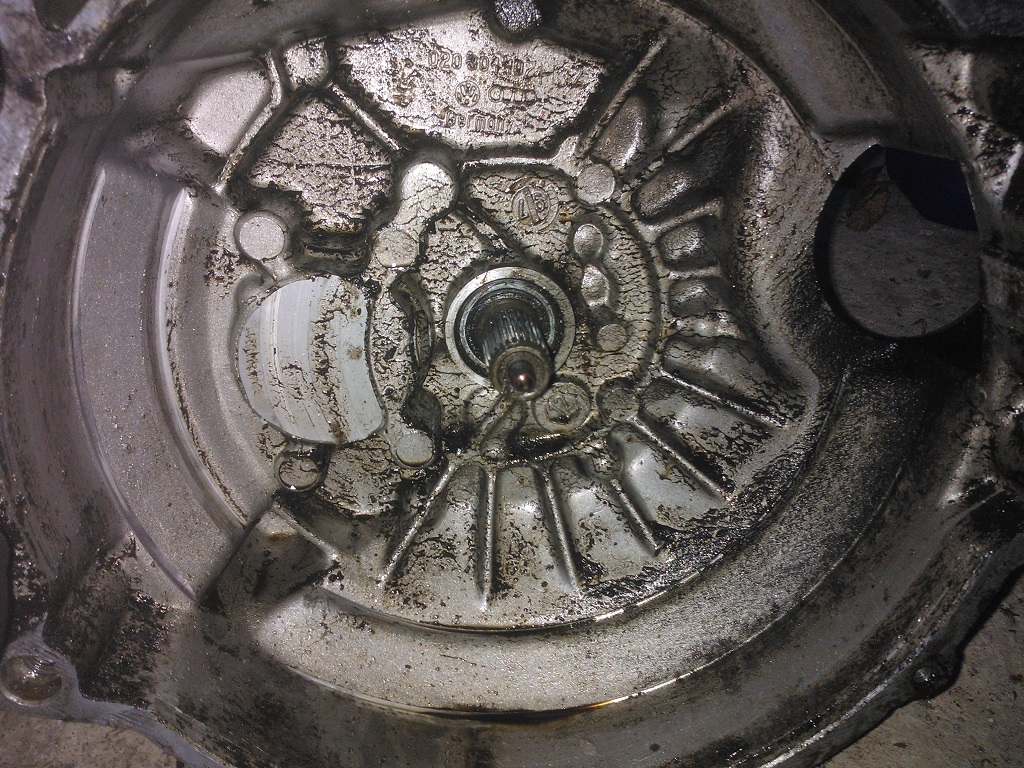 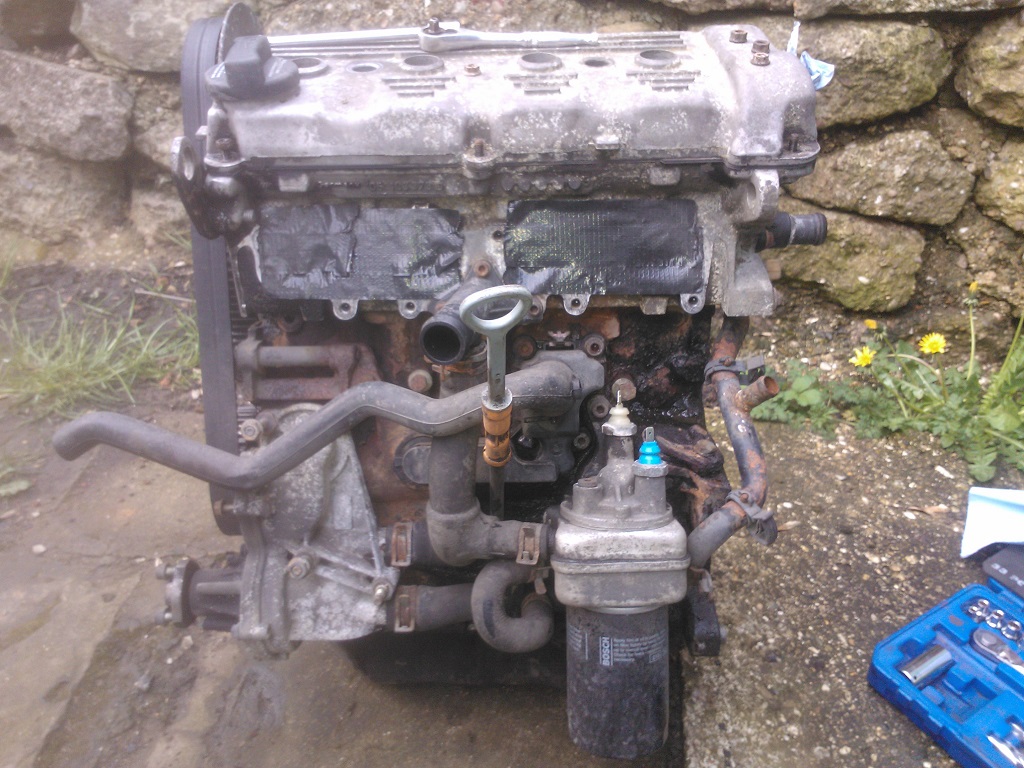 Exhibit A after the 2nd degrease and wash down. 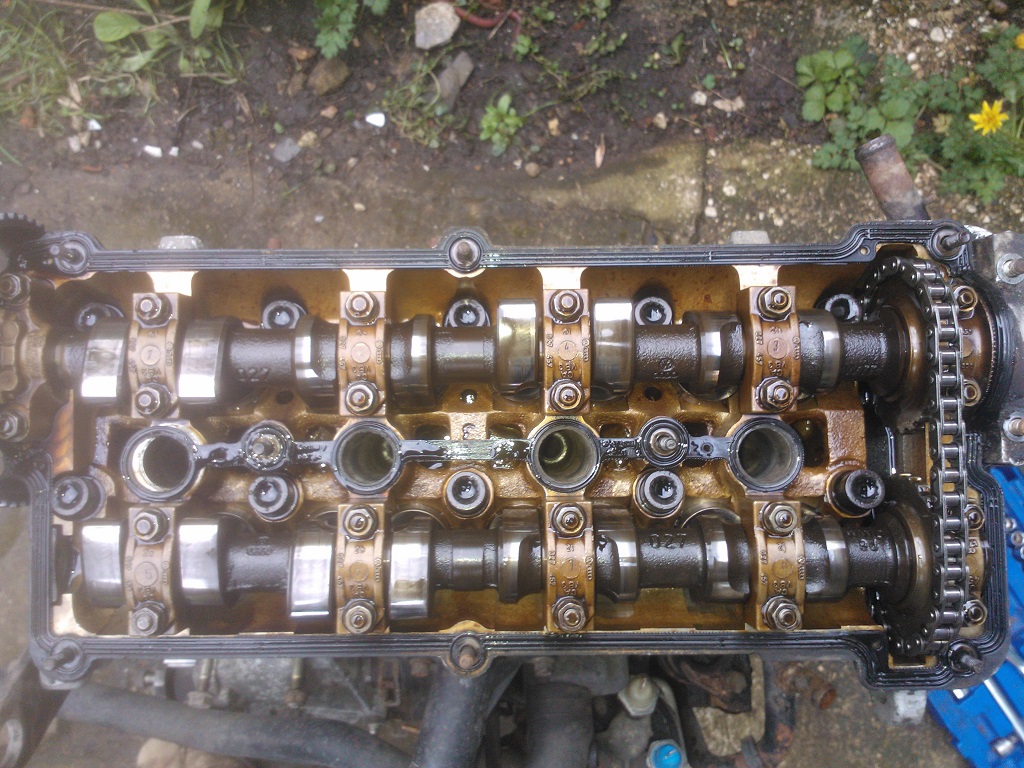 Still amazingly clean in there. 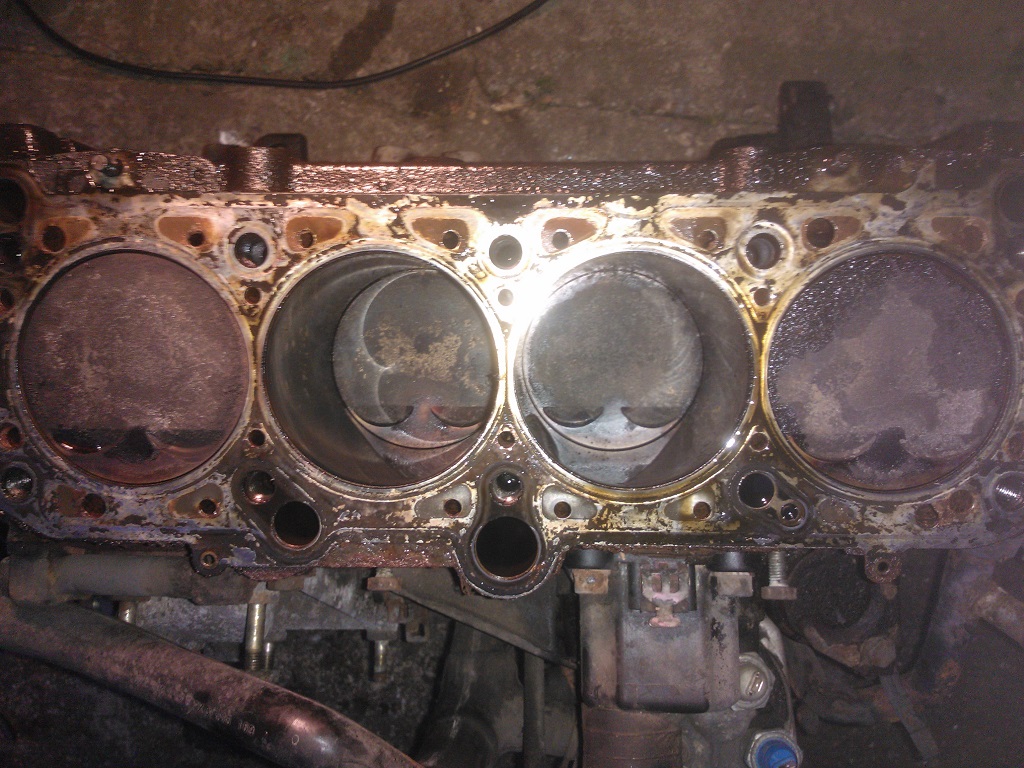 Not bad there either, the oil on edges of the pistons is because I cracked the headbolts and left it overnight, oil seeped out the head and into the bores. 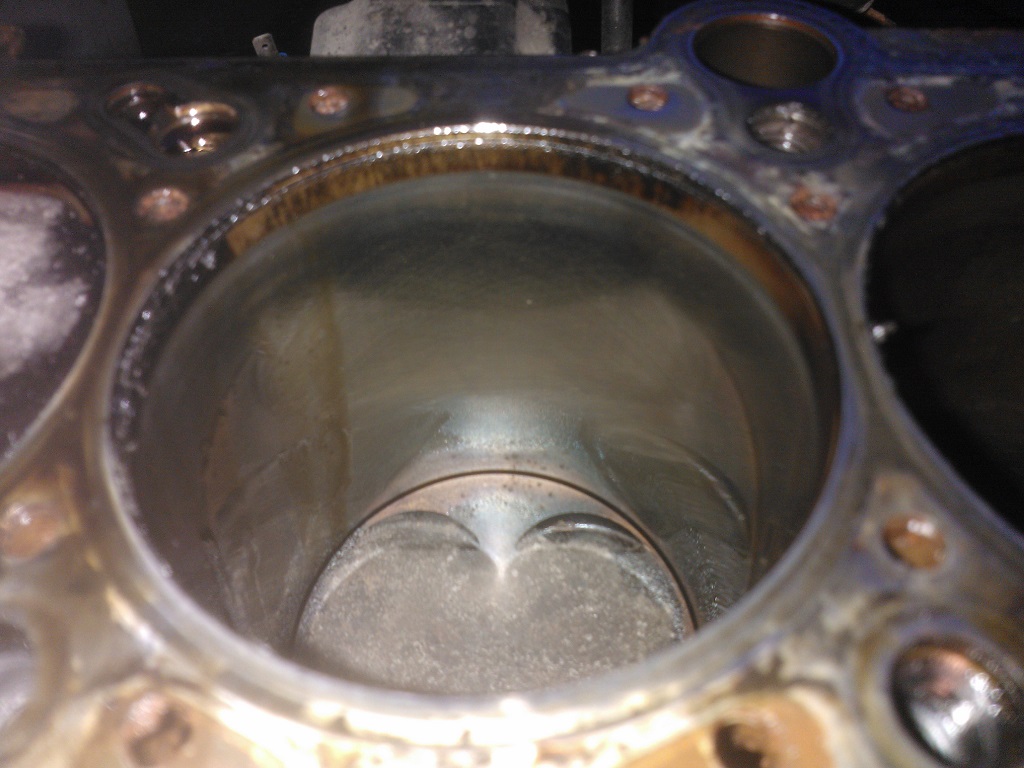 Not the best photo but honing marks are still visable.

Its only taken me a month to get the engine built back up, enthusiasm and motivation for the project was sadly lacking. Finally put the head back on and got the engine back in the car last weekend along with new cambelt engine mount and gearbox input shaft seals.

So this evening tidied up the last of the wiring, fitted the radiator and coolant pipes, filed it with oil and water, primed the oil system then tried to start it. Nothing! Not even a cough. Checked everything over and realised I've missed off the king lead going between the coil and dizzy, fit that and try again.

Deep breath and cross my fingers. IT RUNS

Not especally well as the idle stabilisation valve needs rewiring and ignition timing needs setting, but a relief and assuming no problems when running it up to temp tomorrow evening I can finish off a few jobs underneath, refit the wheels and put it back on the ground for a test drive and maybe a wash....