Goos for you, lot of work to get there.

The polo is a KO3 turbo, fully forged engine with meth injection. It's awesome. We were matched on the straights but he was way faster overall, mainly due to tyres I think. I had regular Toyo Proxies and he had T888R semi slicks. I was sliding through most corners and definitely on the limit. Love to try again with some semi slicks.

The polo is a nible car, far more so than a mk2 golf due to the low weight

What is your 20vt producing?

Very healthy in a sub 1000kg car, lsd? You got some rake going on for traction?

Long time since an update but I thought I should add a bit of closure (more on that)... I'll start with the some photos of the car in it's best state over the summer..

Really looking how I want now.. 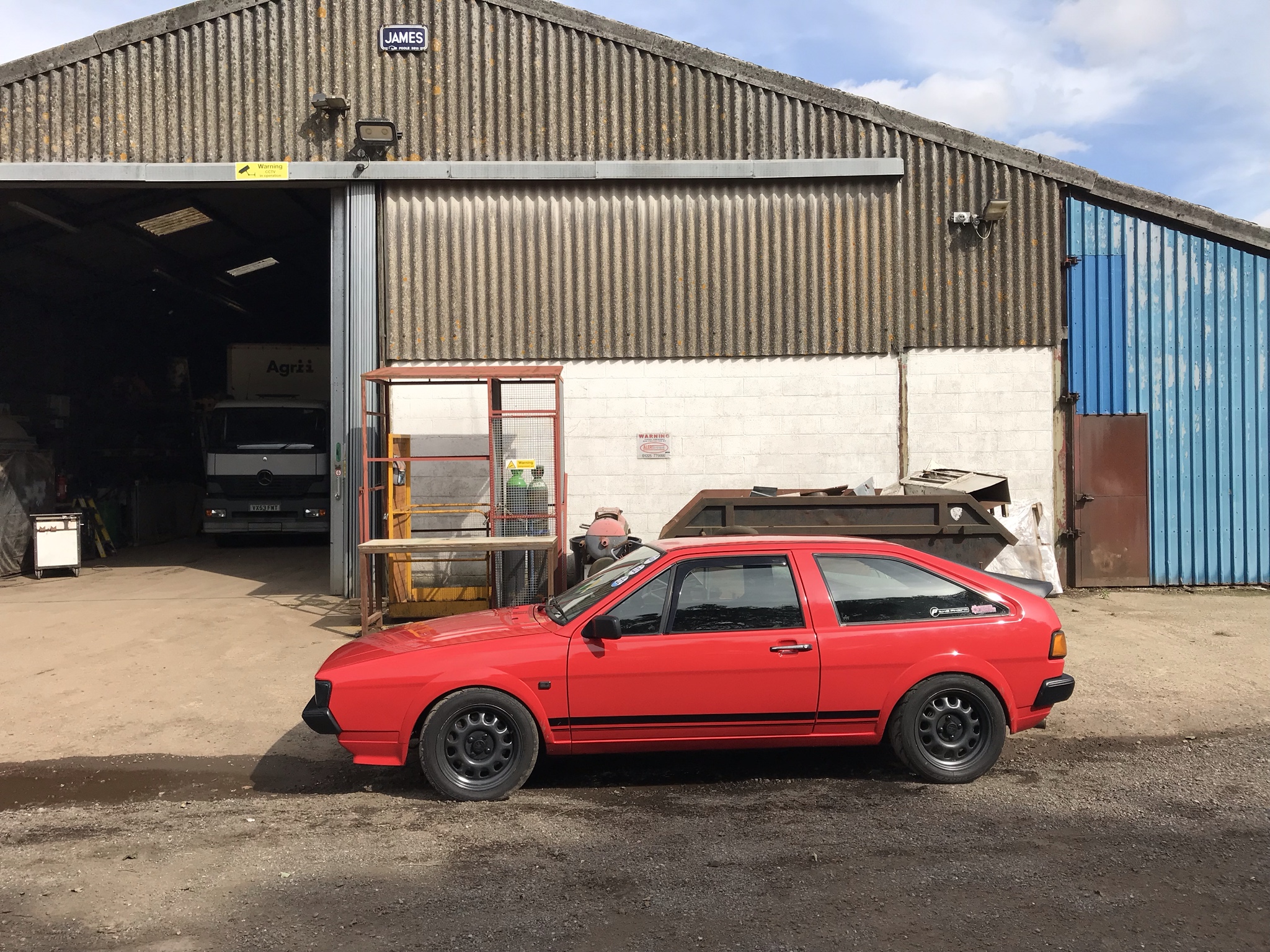 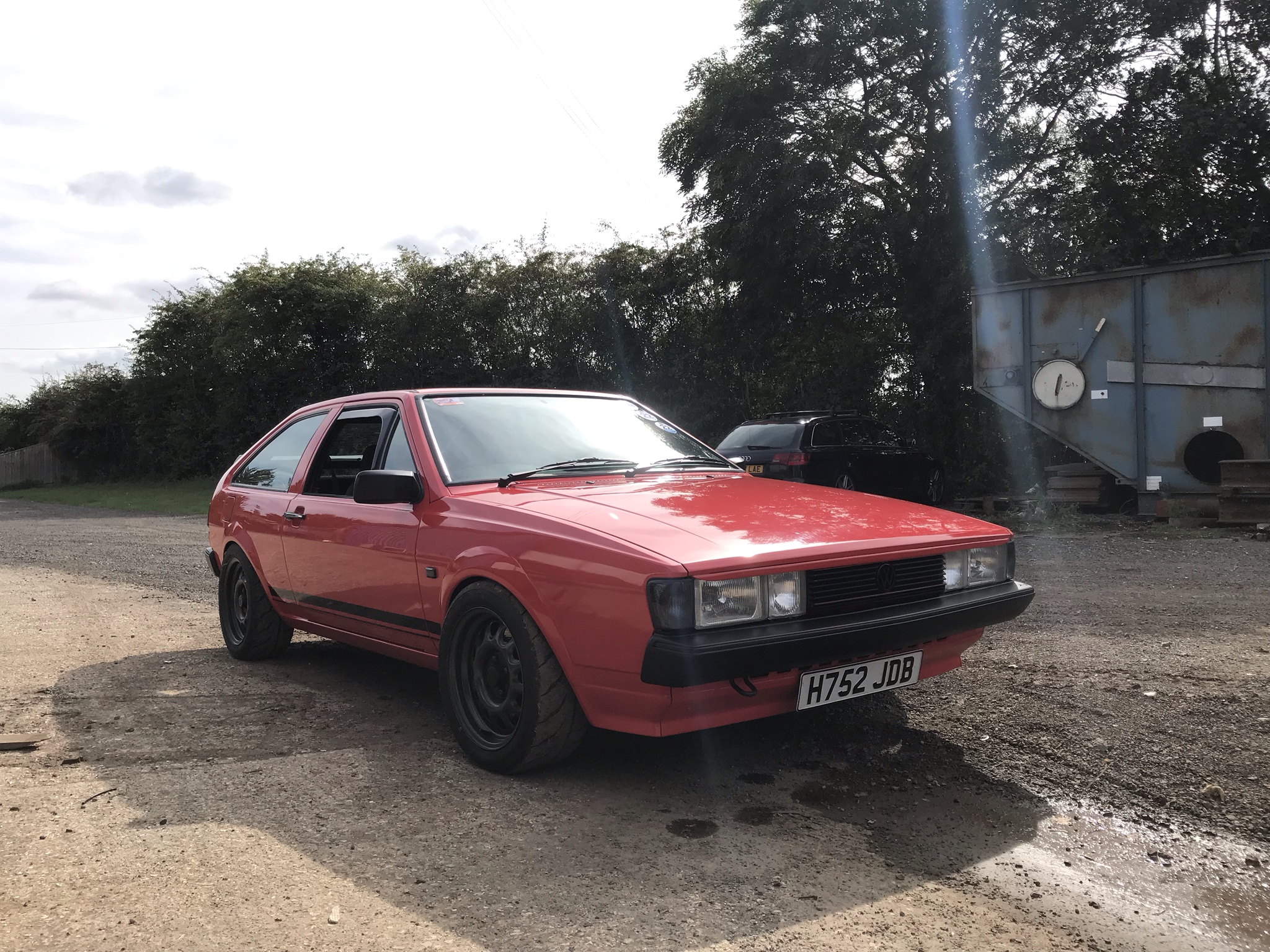 The car even won something at Castle Combe Action day.. 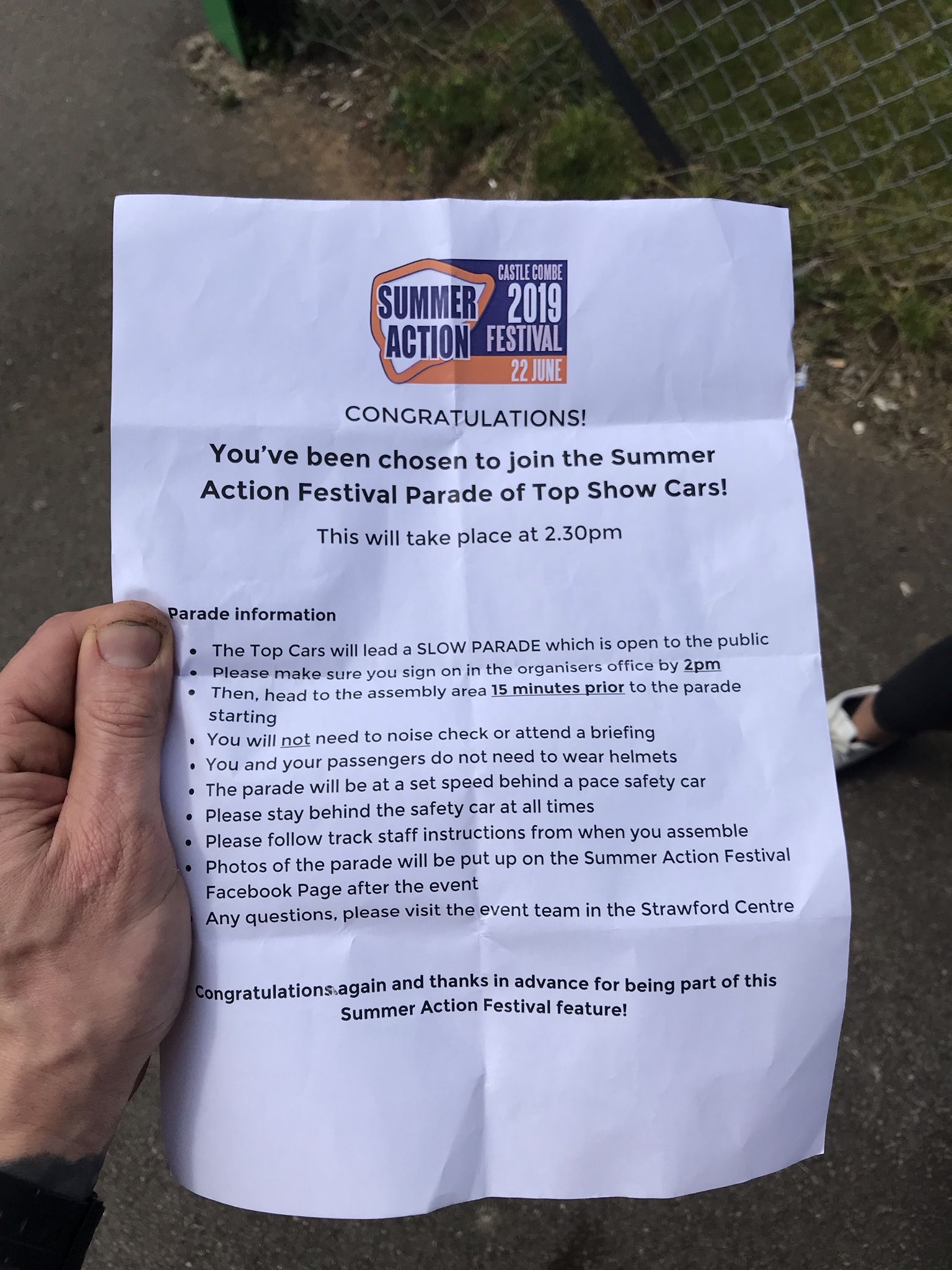 Got to do a track parade with some awesome cars. 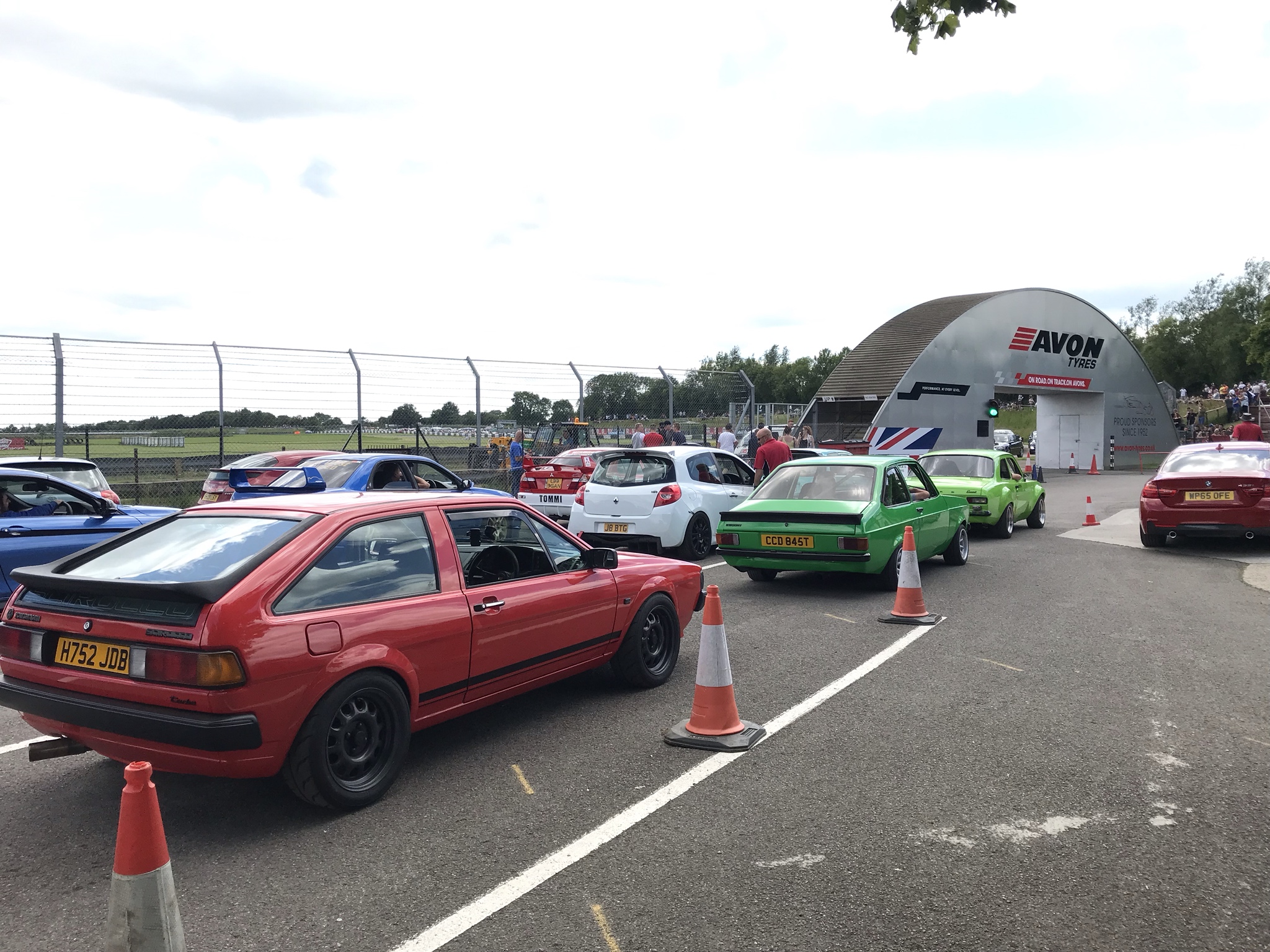 Finally at Shelsey hillclimb with my twin bro on my 31st birthday. 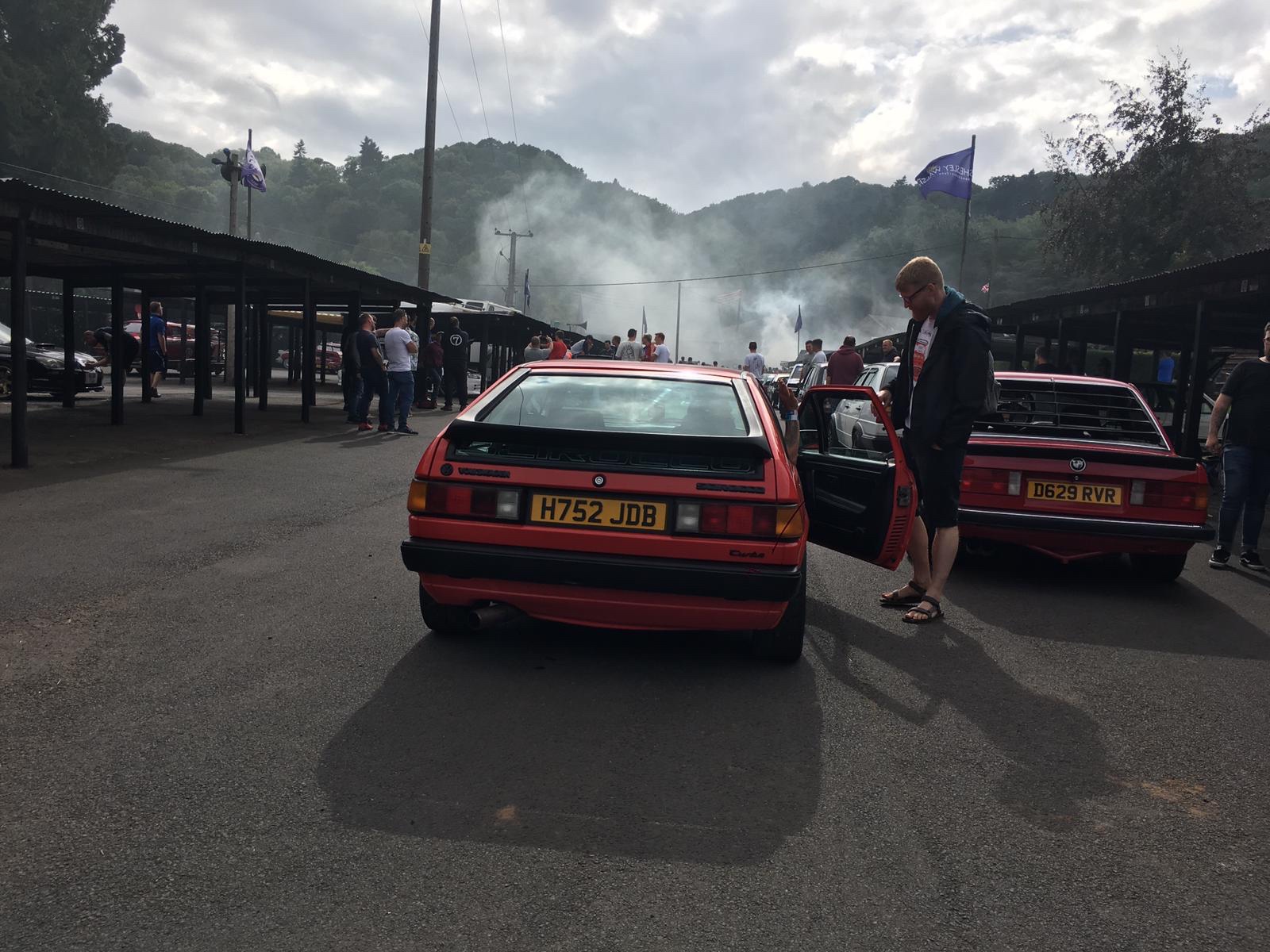 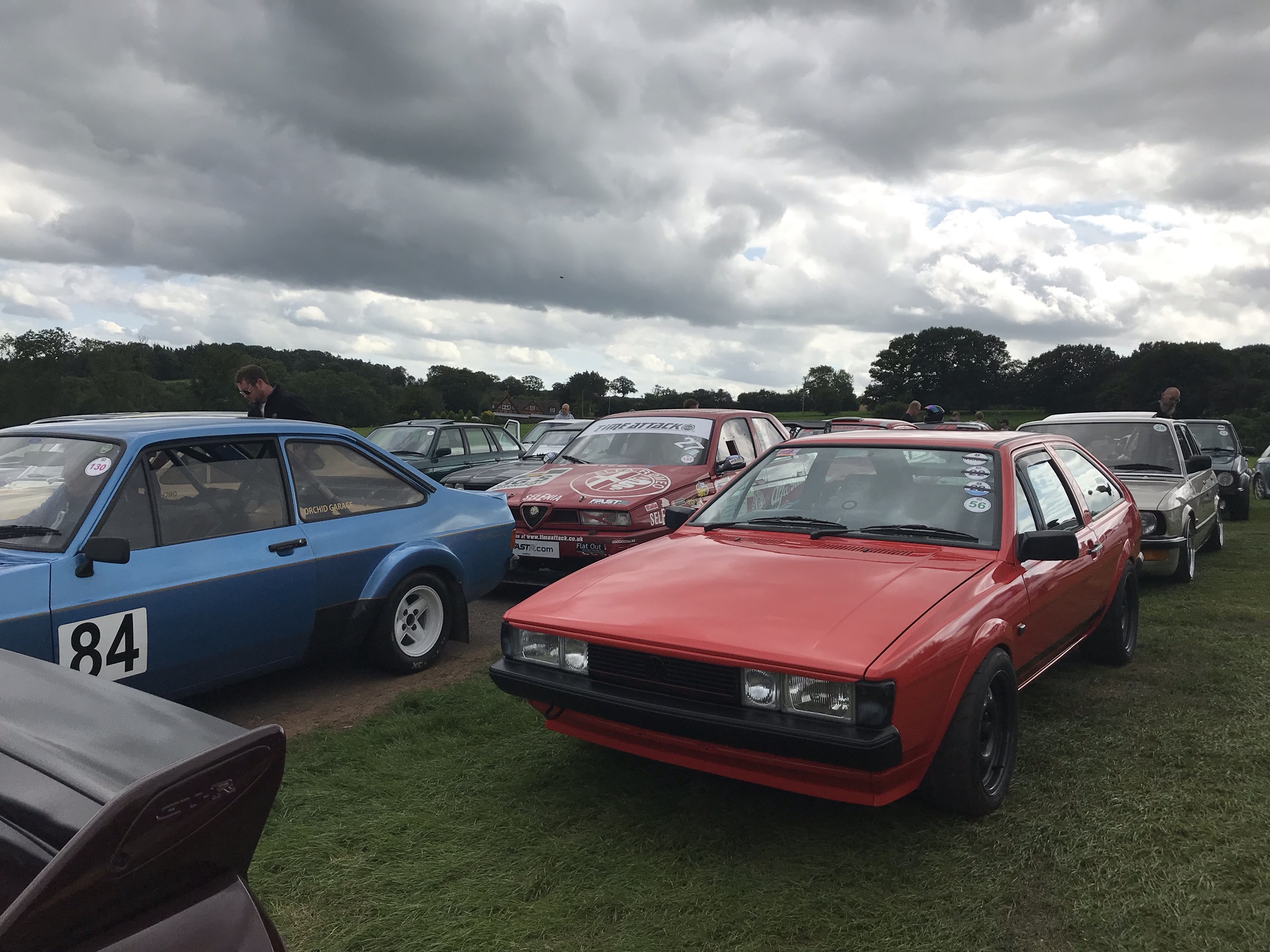 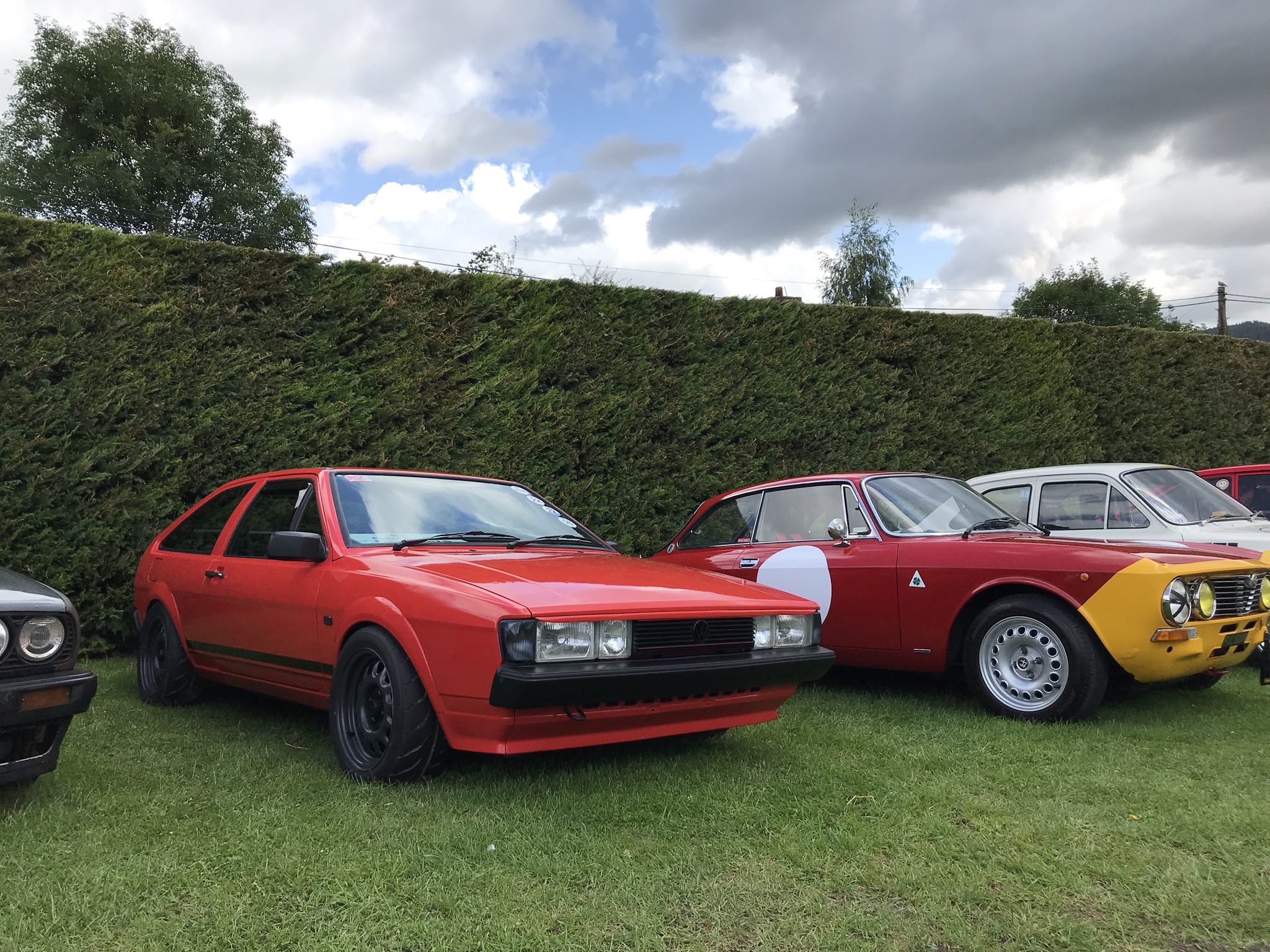 So the car is no more, after 6 years it ended in a way I never thought would happen, with a big crash on a road I drive down every day! I had hoped to own the car a long time, but it is a good reminder that nothing lasts forever. In a nutshell I had a car pull out on me and I collided and hit a bank trying to avoid it, we flipped over and ended up upside down. Luckily there weren't any major injuries and everyone walked away from it. Was feeling pretty grateful afterwards to he honest. Here's the scene.. 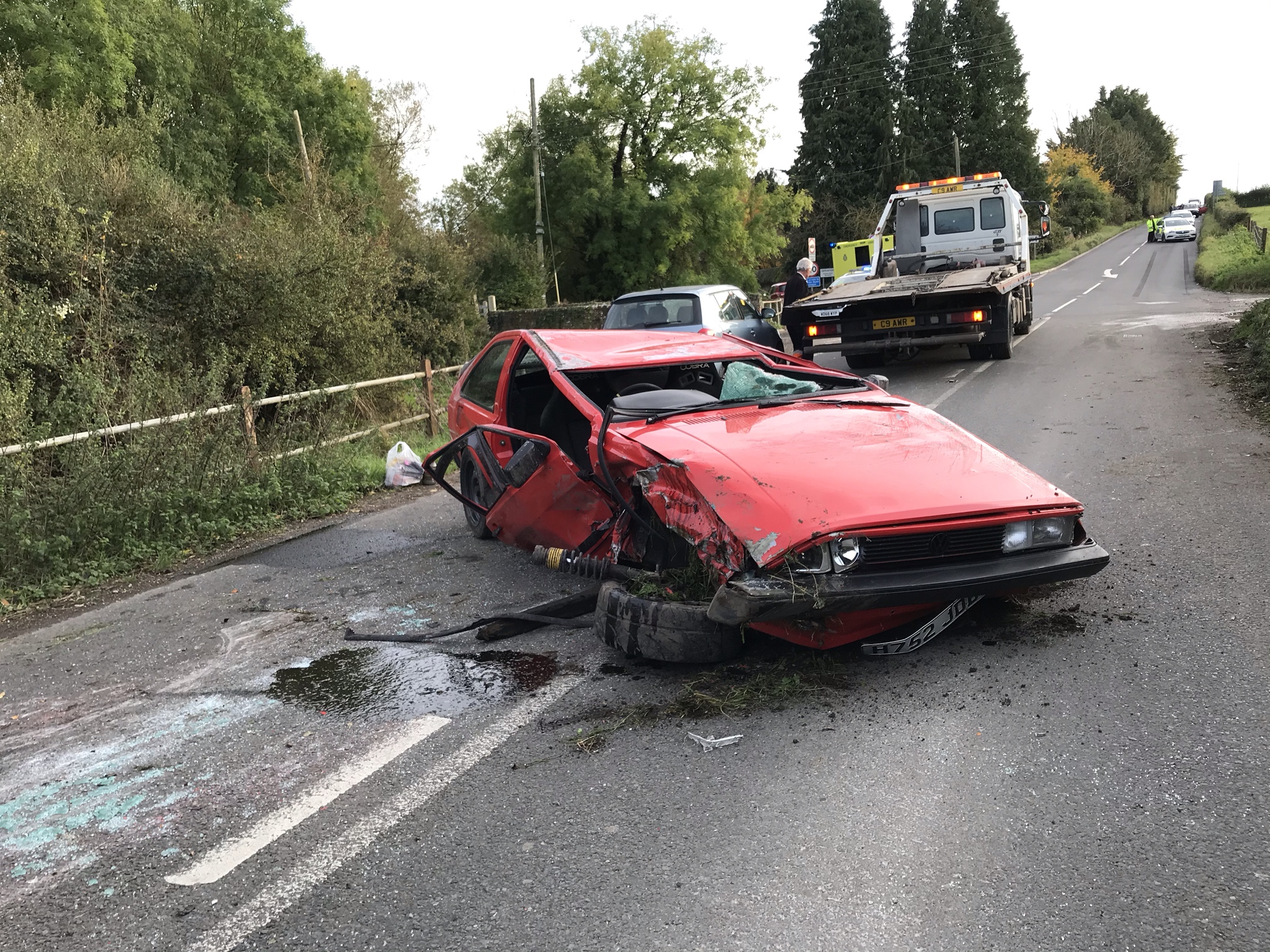 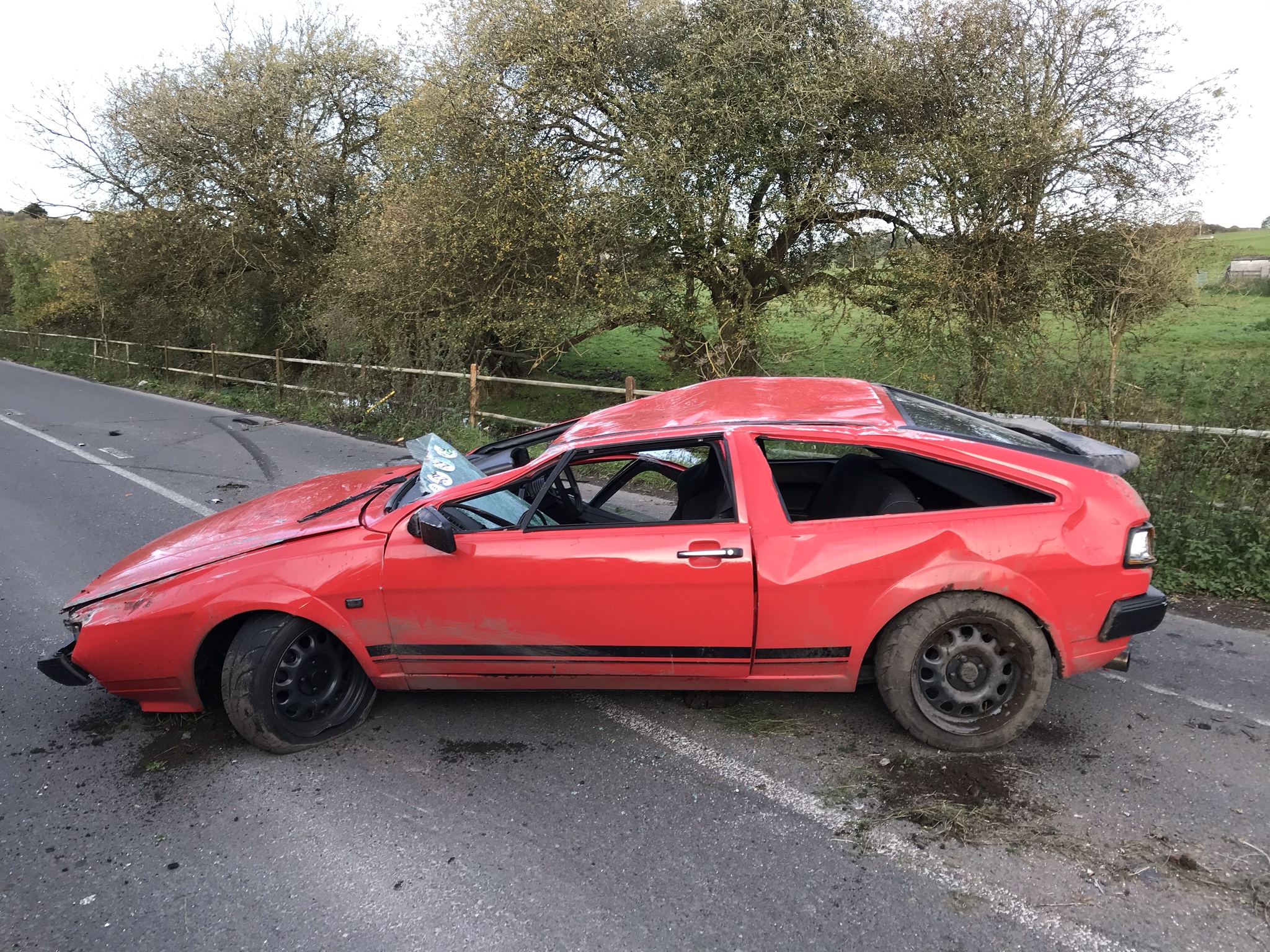 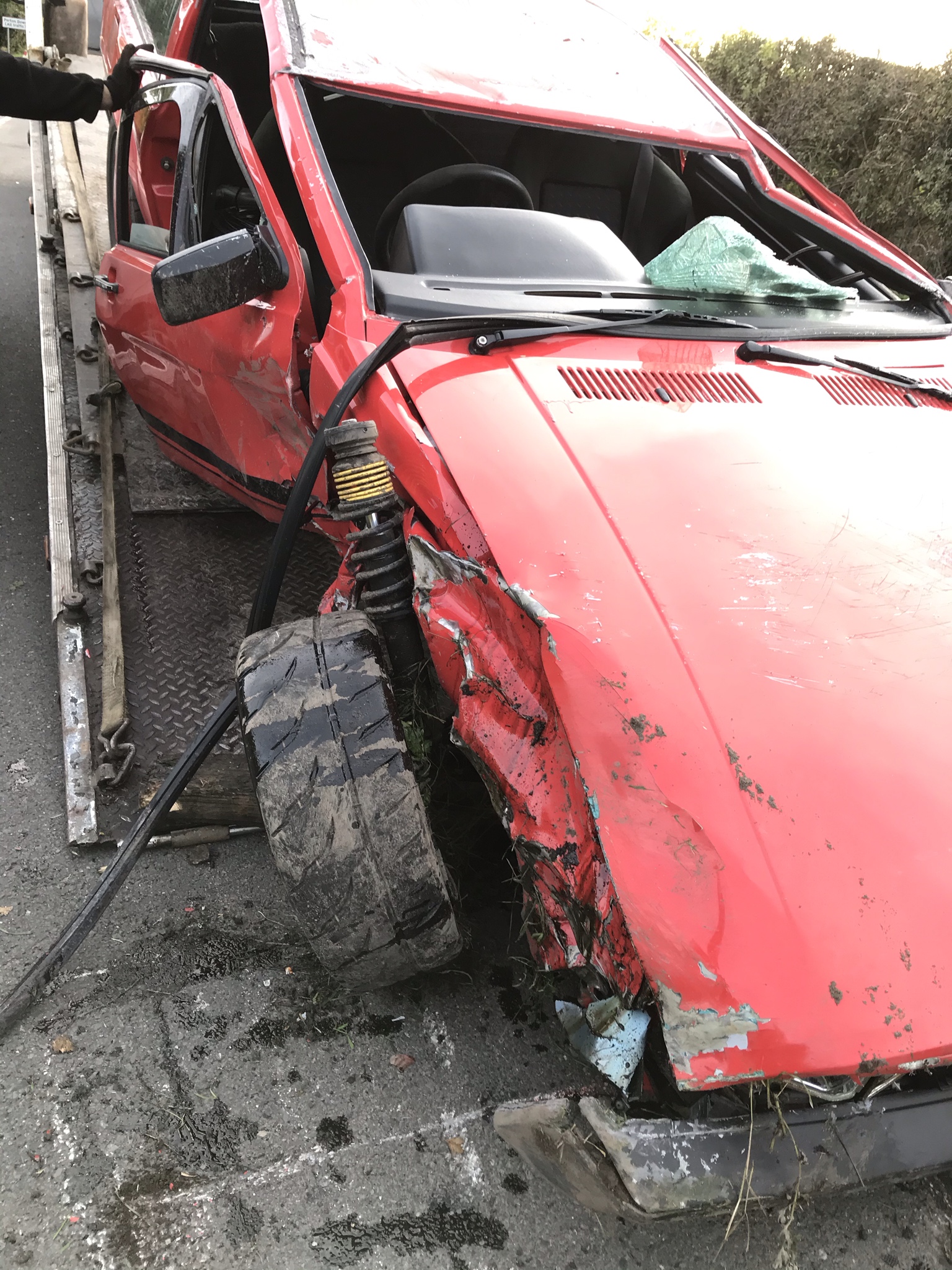 I was really looking on the bright side i.e that no-one was seriously hurt. Although shaken, we walked away. Plus the car needed washing and that was one job I now didn't have to do. Another bonus was that I had an extra parking space on my drive. Silver linings and all that eh! In all seriousness I didn't feel too bad about the car.. I'd got it to a place I wanted it, it drove amazing, and I thrashed it and really enjoyed it. I drove it on multiple occasions at Castle Combe, Goodwood, Shelsey Walsh and Santa Pod drag strip. Drove it round the Isle of Skye and even took it to a music festival in France. I learned mechanics through building the car, and that's something I get to keep. The next step was to up the power, but I don't really feel bad about starting over with something new. I like the novelty of it.

Took me forever to get the car back from the insurance company as they had classified it as a CAT A which means the whole shell had to be crushed with no parts to be removed. I couldn't bear the thought of all the good parts being crushed.. the forged rods, the LSD, the custom ECU and loom.. what a waste! The price for the car they were offering was rubbish too, but after a month of phone calls and emails to and fro I finally got the category changed and a more sensible financial offer. I ended up with with a payout of £4250 after buying the shell back for £750. The LSD alone cost me that so I was happy to get my boy back. Not close to the money I put in but f-k it. Part of the emotional side of it was that I wanted to tear the car apart myself after putting so much of my life into it. Took about 6 weeks of fighting down the telephone but was weirdly very happy to get the wreck back.. 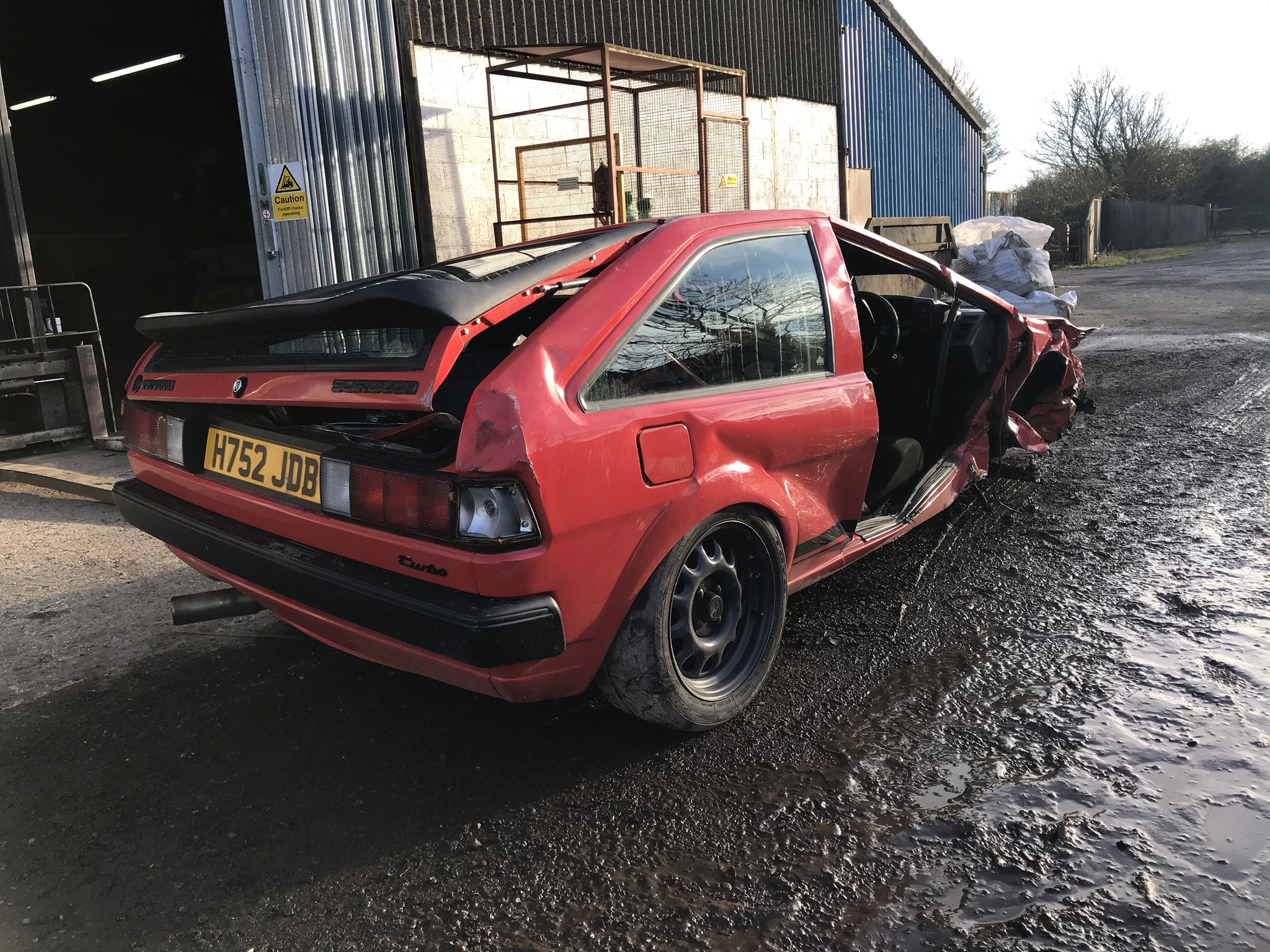 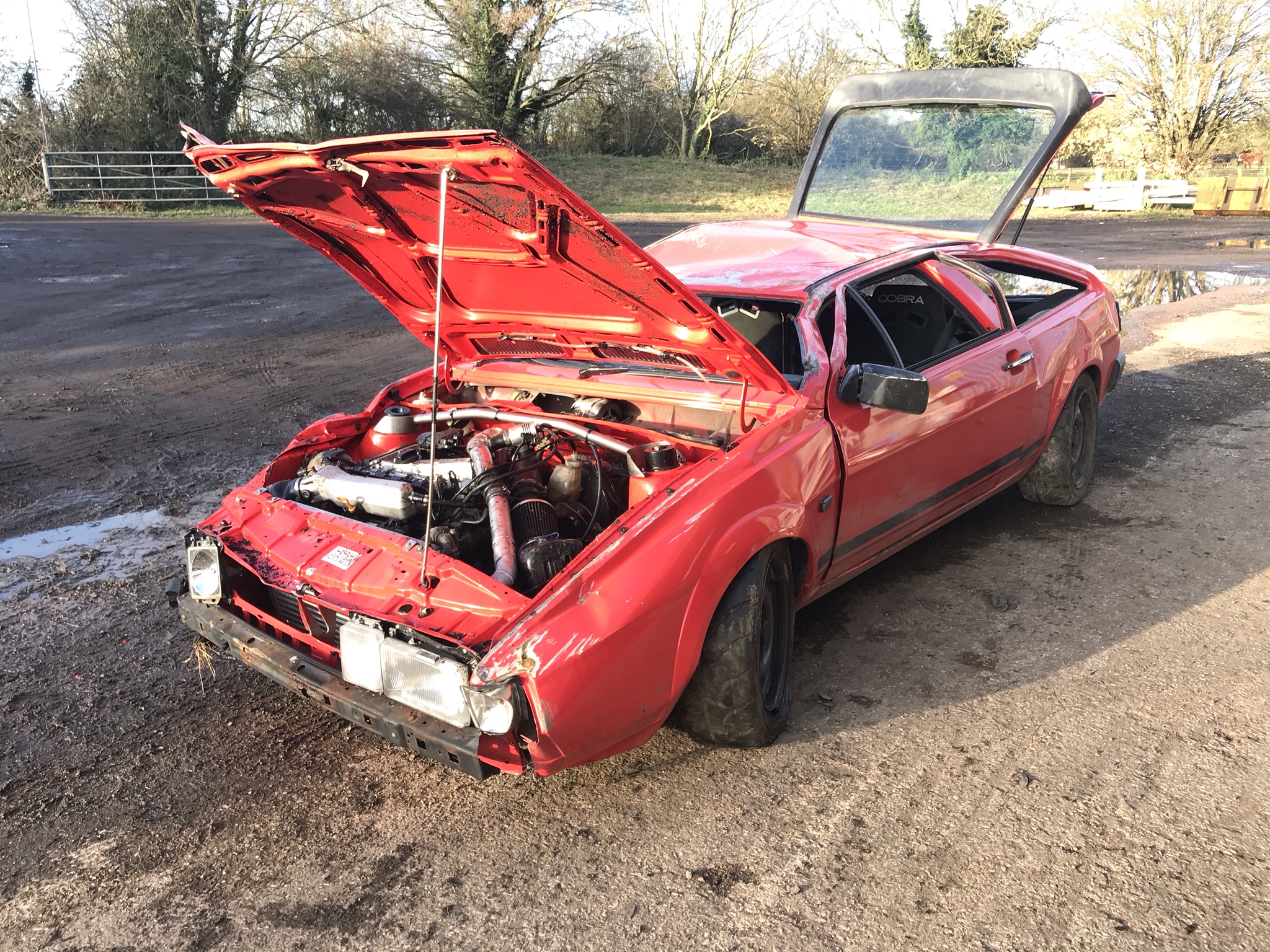 Soo damage report then! Every panel was destroyed except for the fuel flap. Chassis twisted, roof caved in and the front right corner had a slight concertina somewhat. The sump was smashed (from righting the car I think) but all the strut braces seemed to have protected the engine and running gear. No better way to test my welding I guess! Amazingly the rear glass was ok despite the boot door being twisted. The cooling system was even full up still! 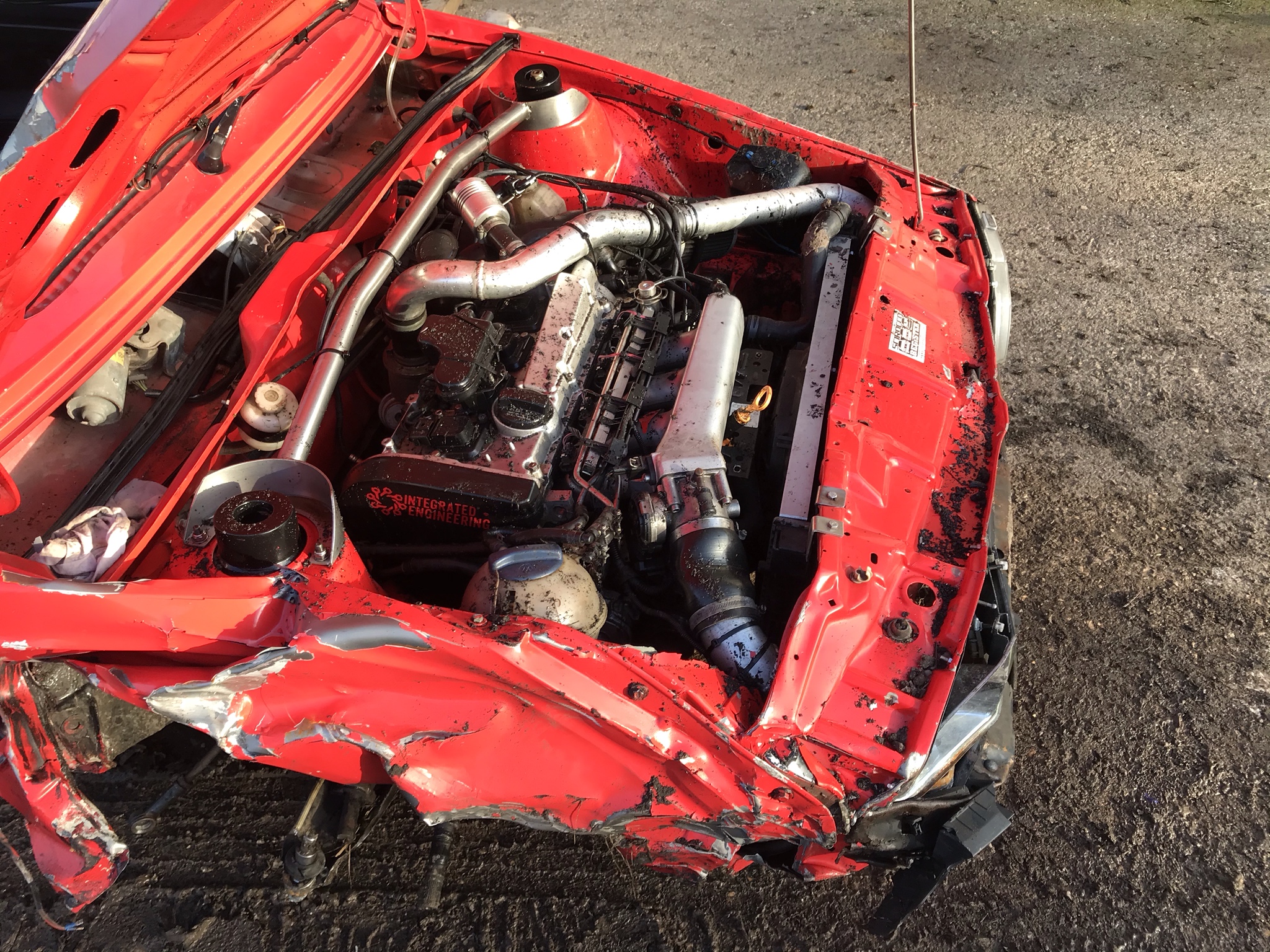 It's quite enjoyable working on the car when you don't care about scratching the paintwork. To get the engine out I unbolted everything and lifted the shell up with the forklift. Then I flipped the car on it's roof to take the under chassis gubbins off.. 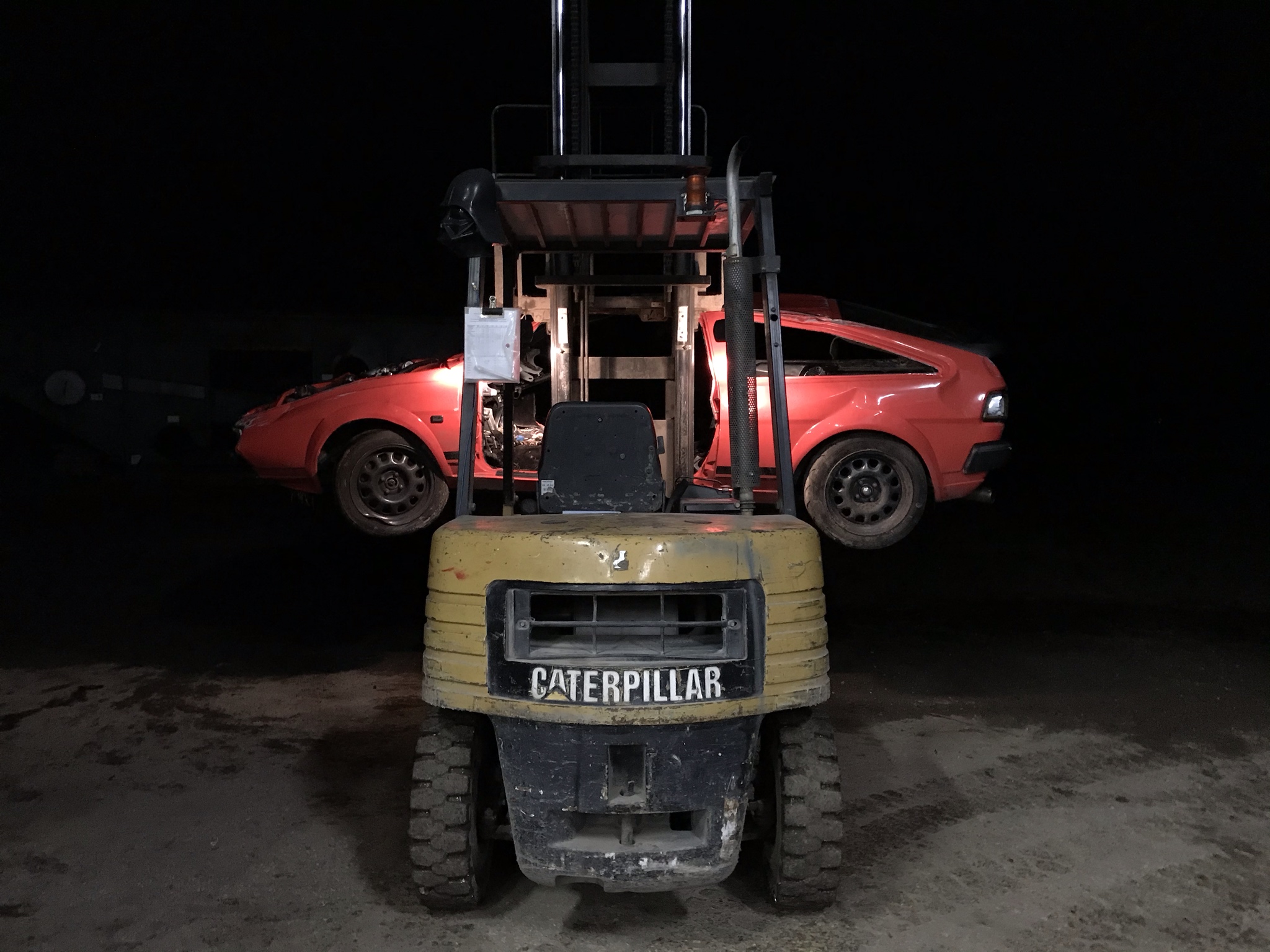 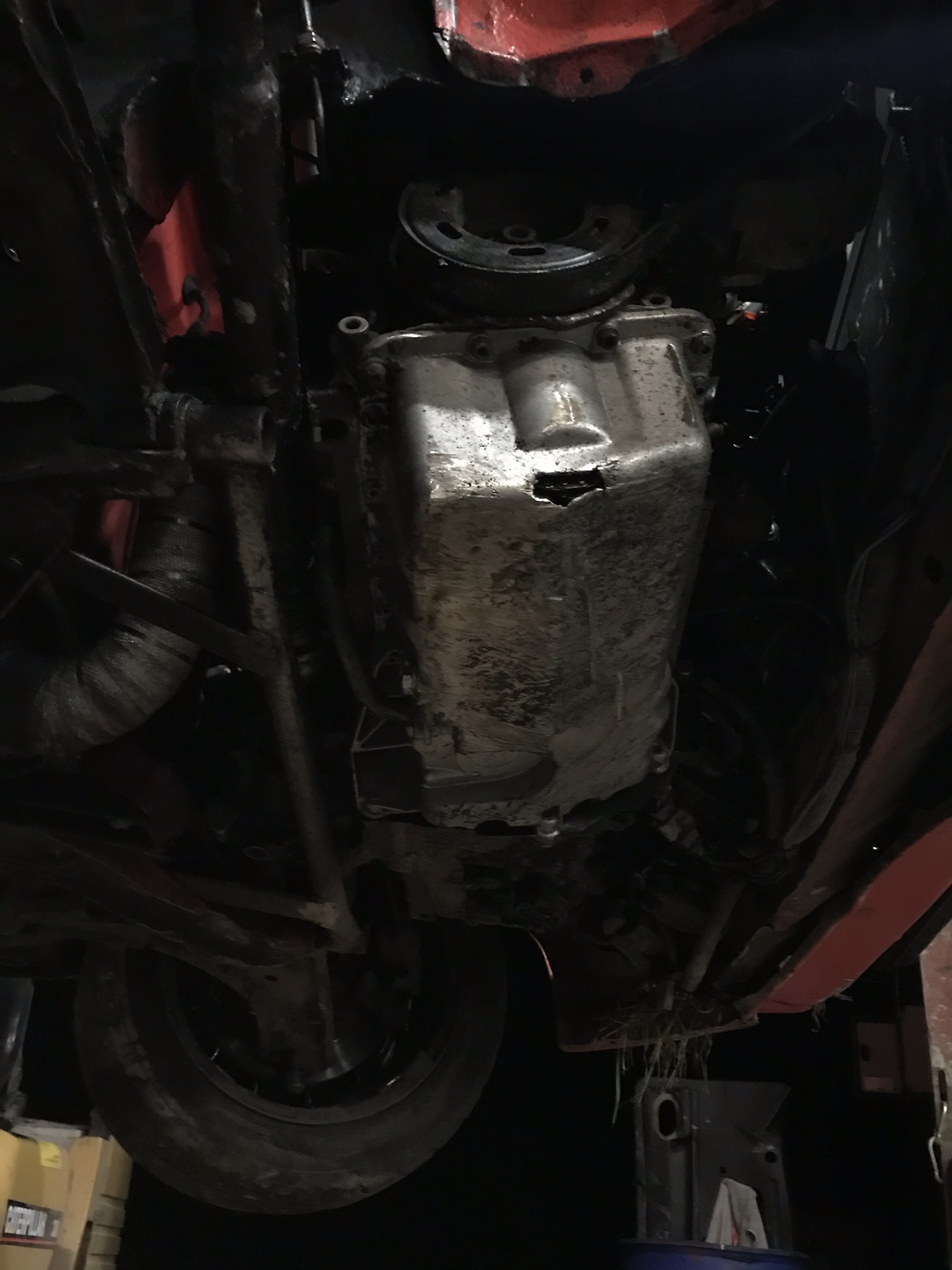 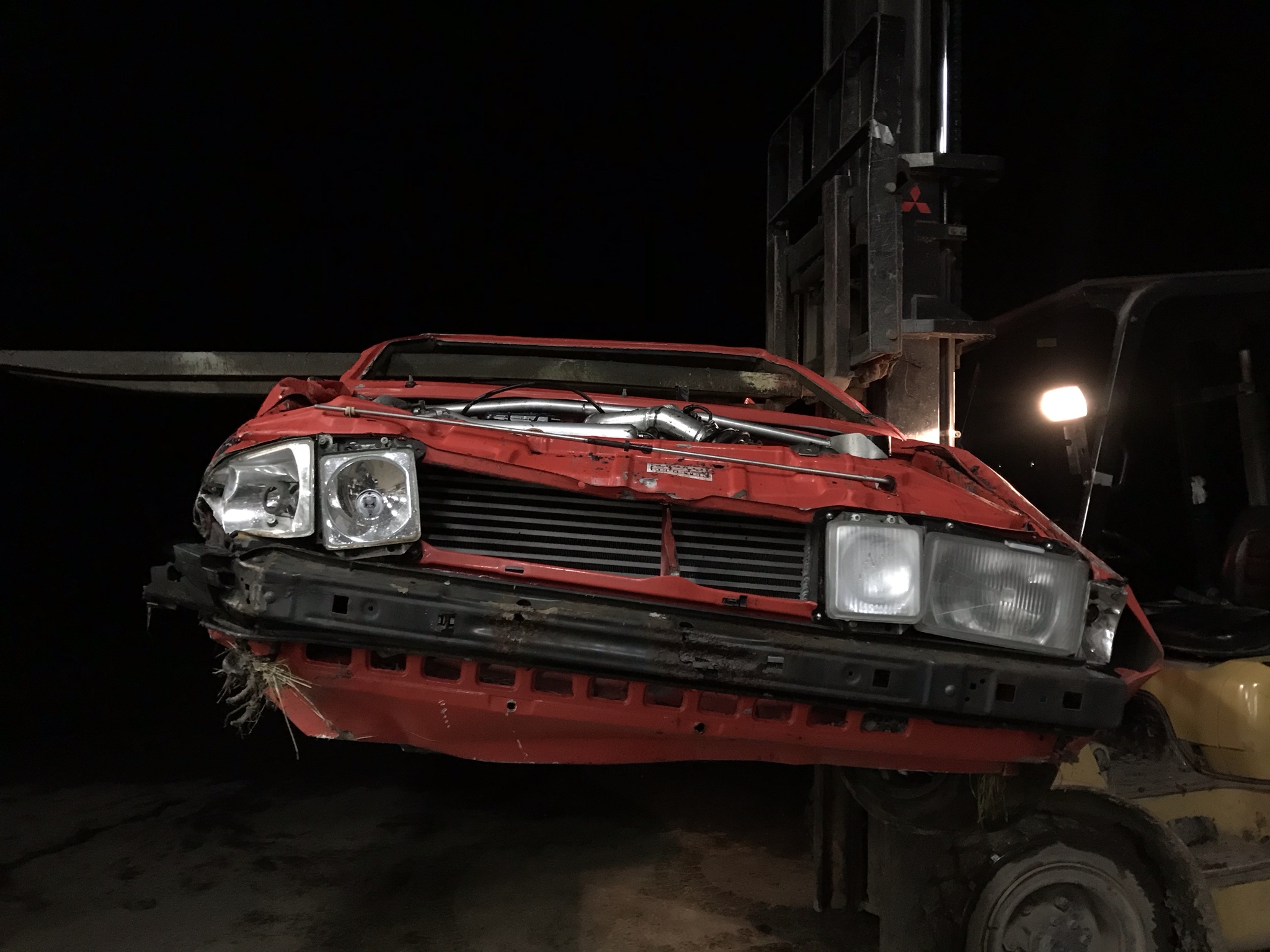 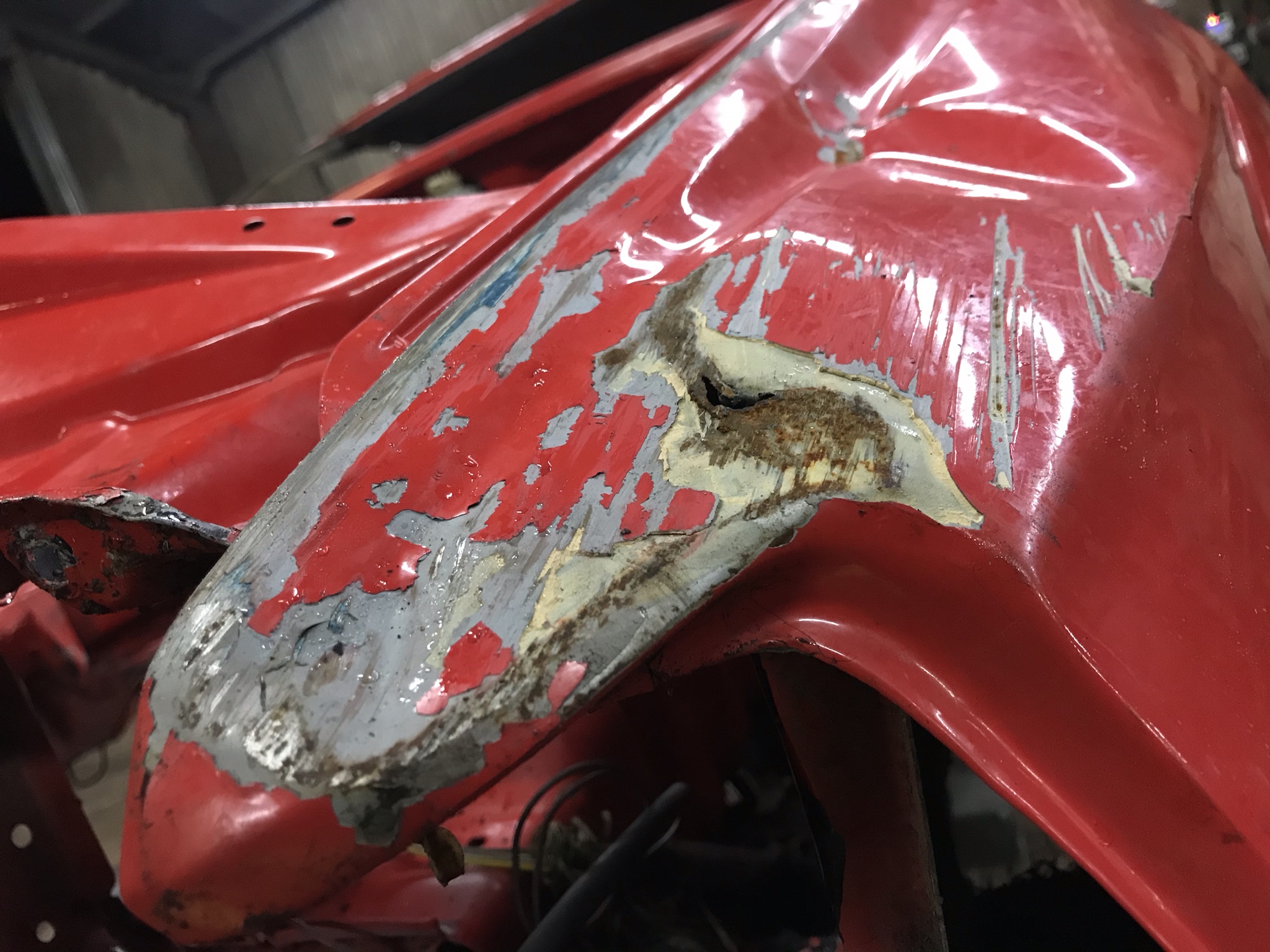 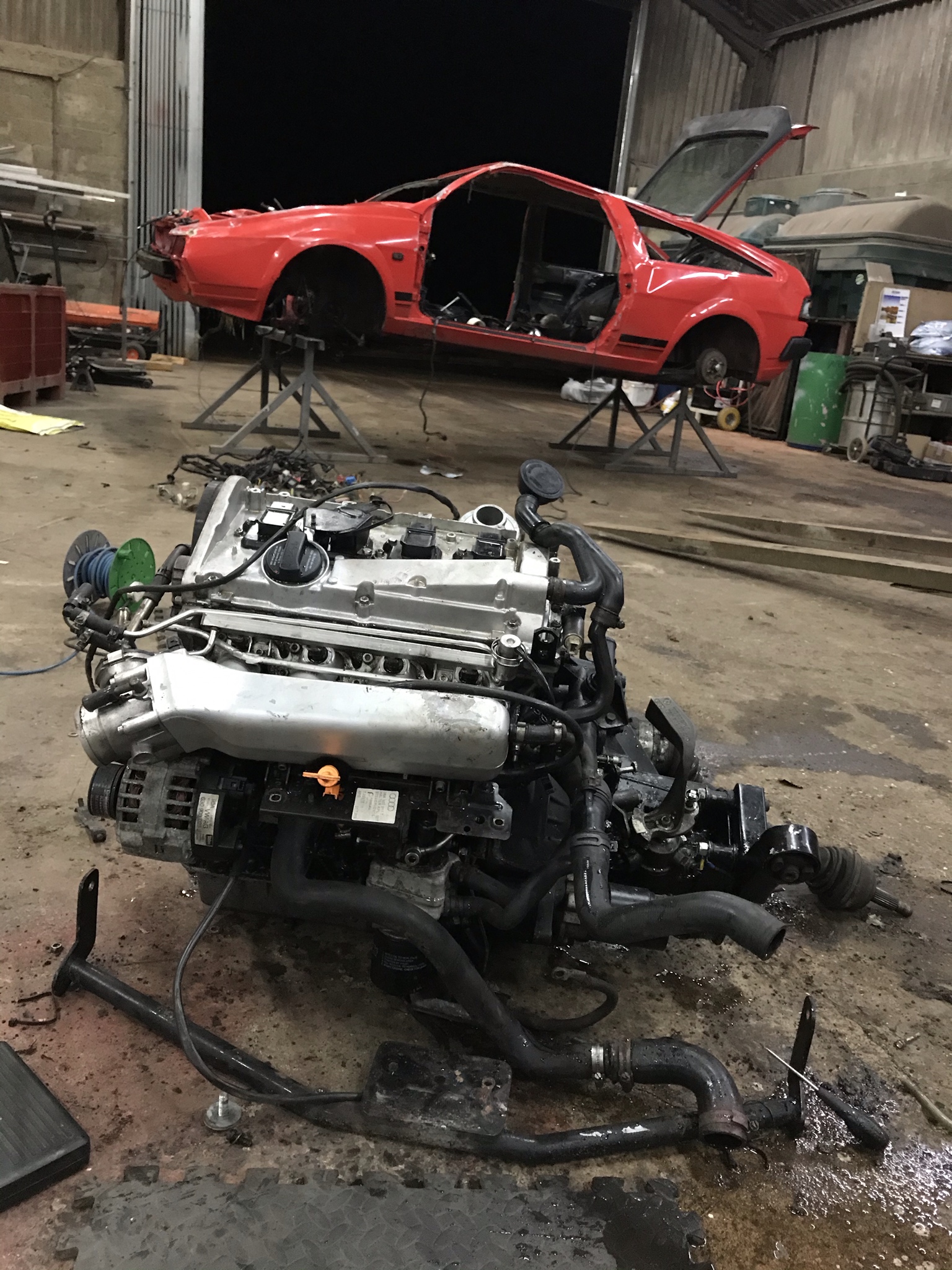 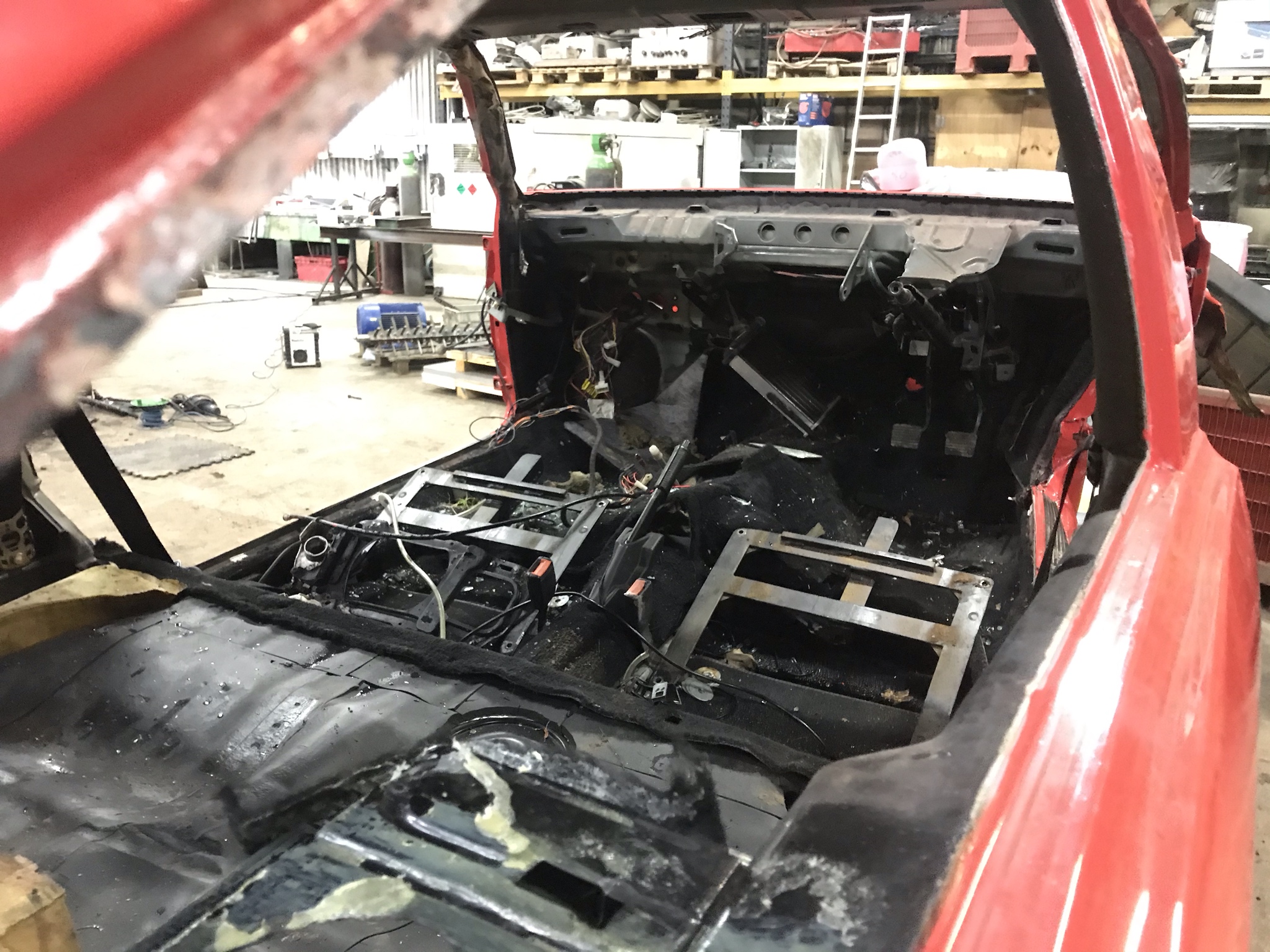 All that was left was the steering rack, fuel lines, brake lines and a loom or two. 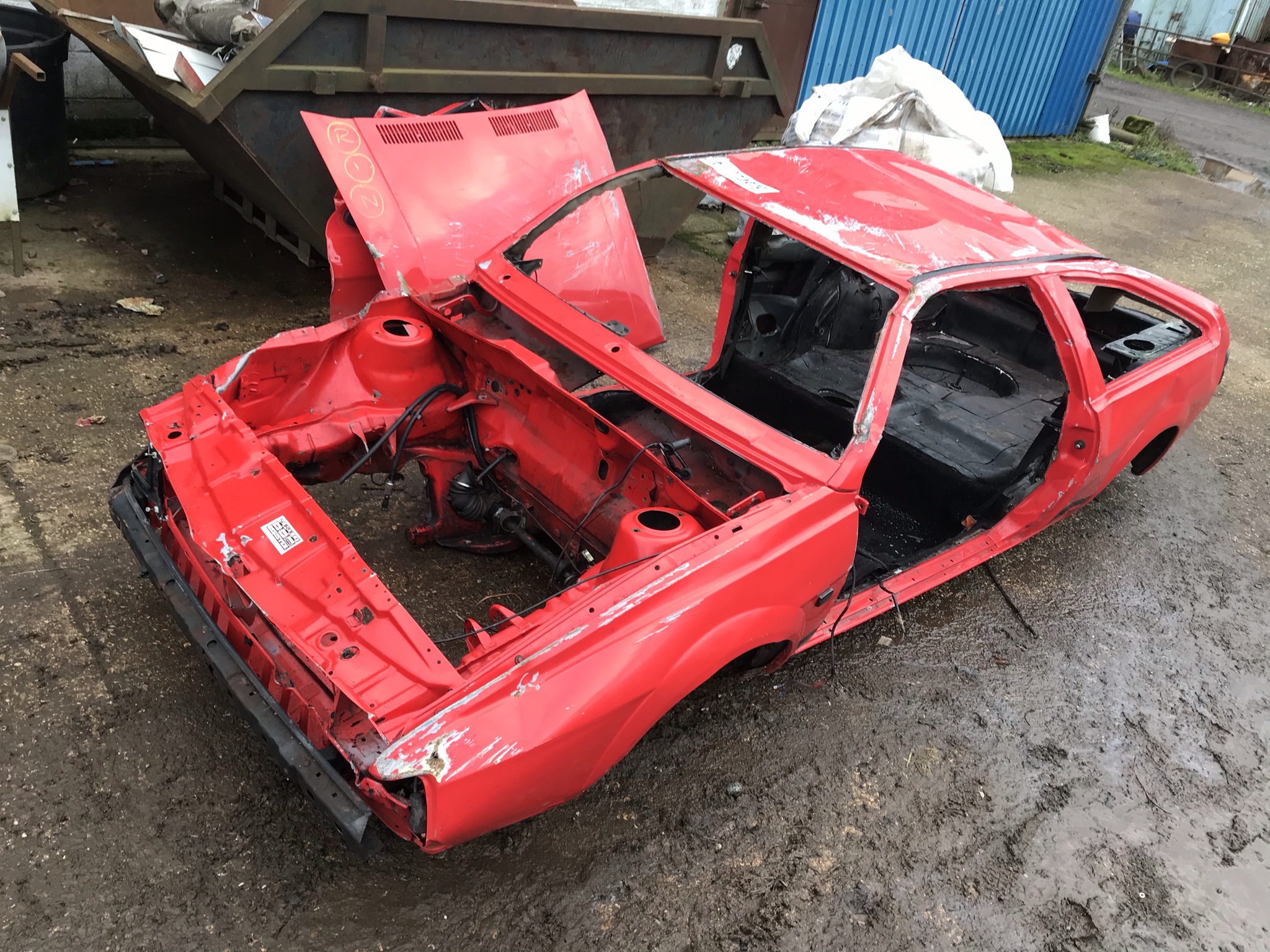 And a box of parts to sort through.. 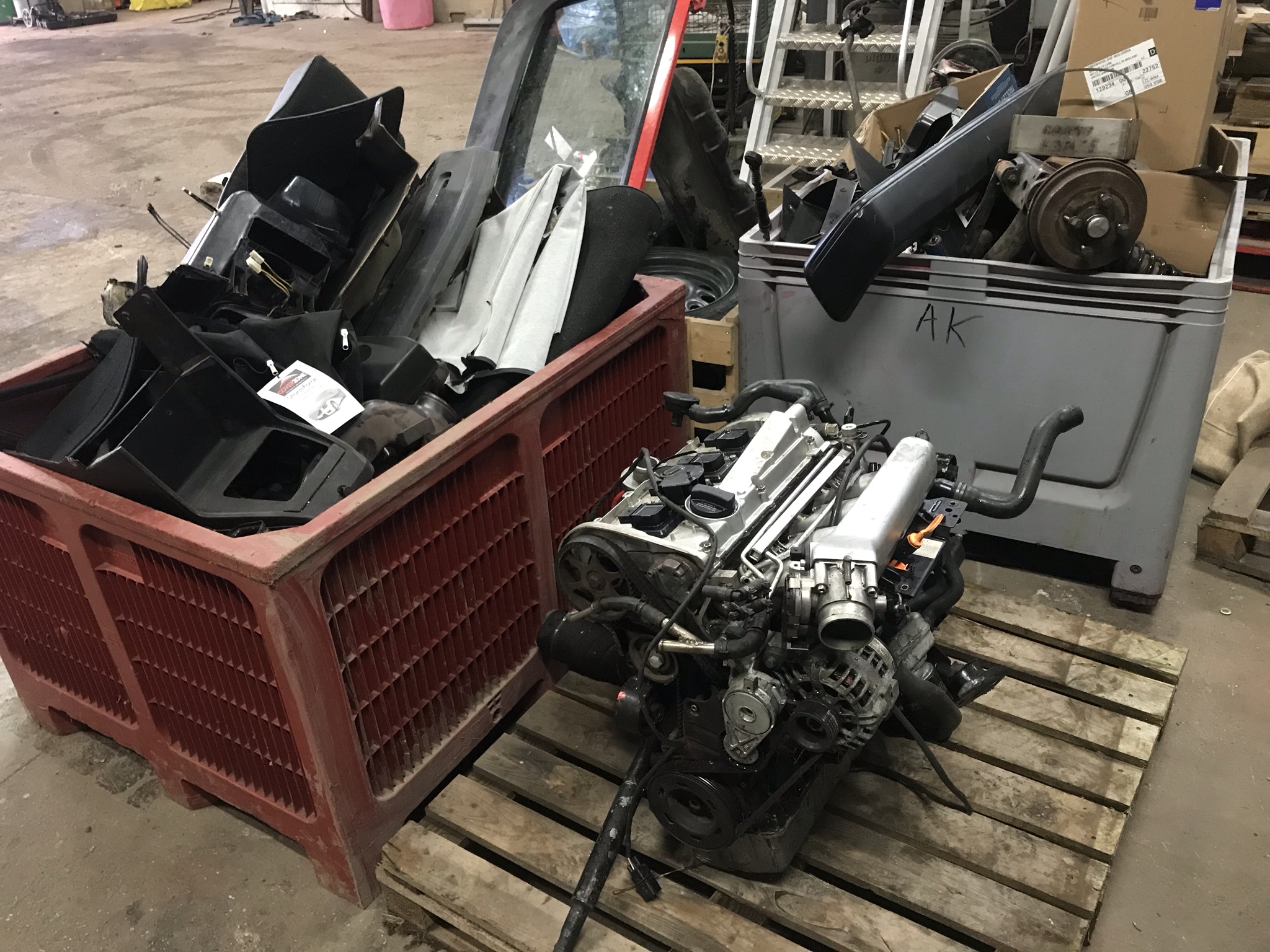 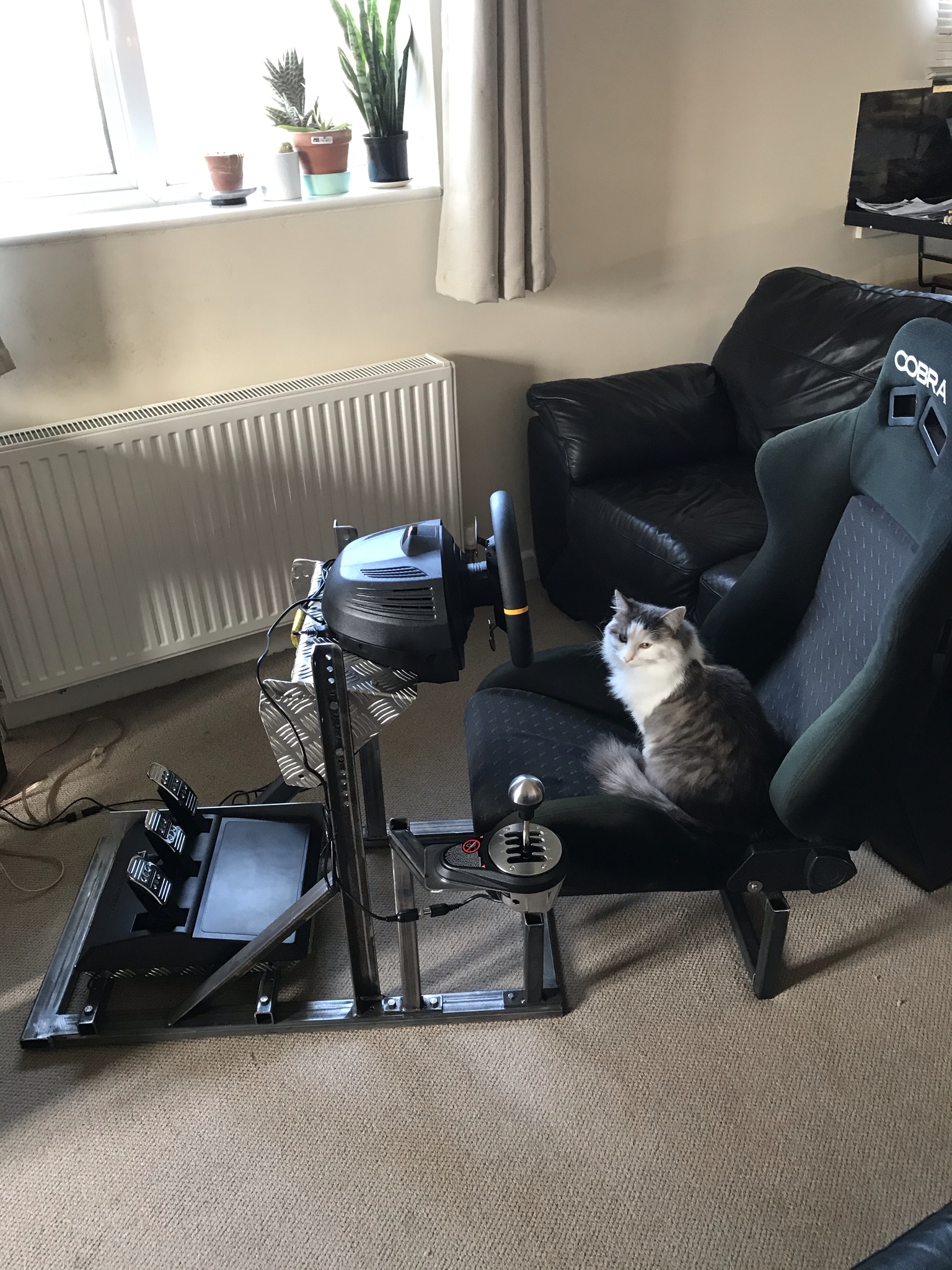 It turns out the final conclusion to the story is that my VW Scirocco ended up as a FIAT! (fits-in-a-tip) 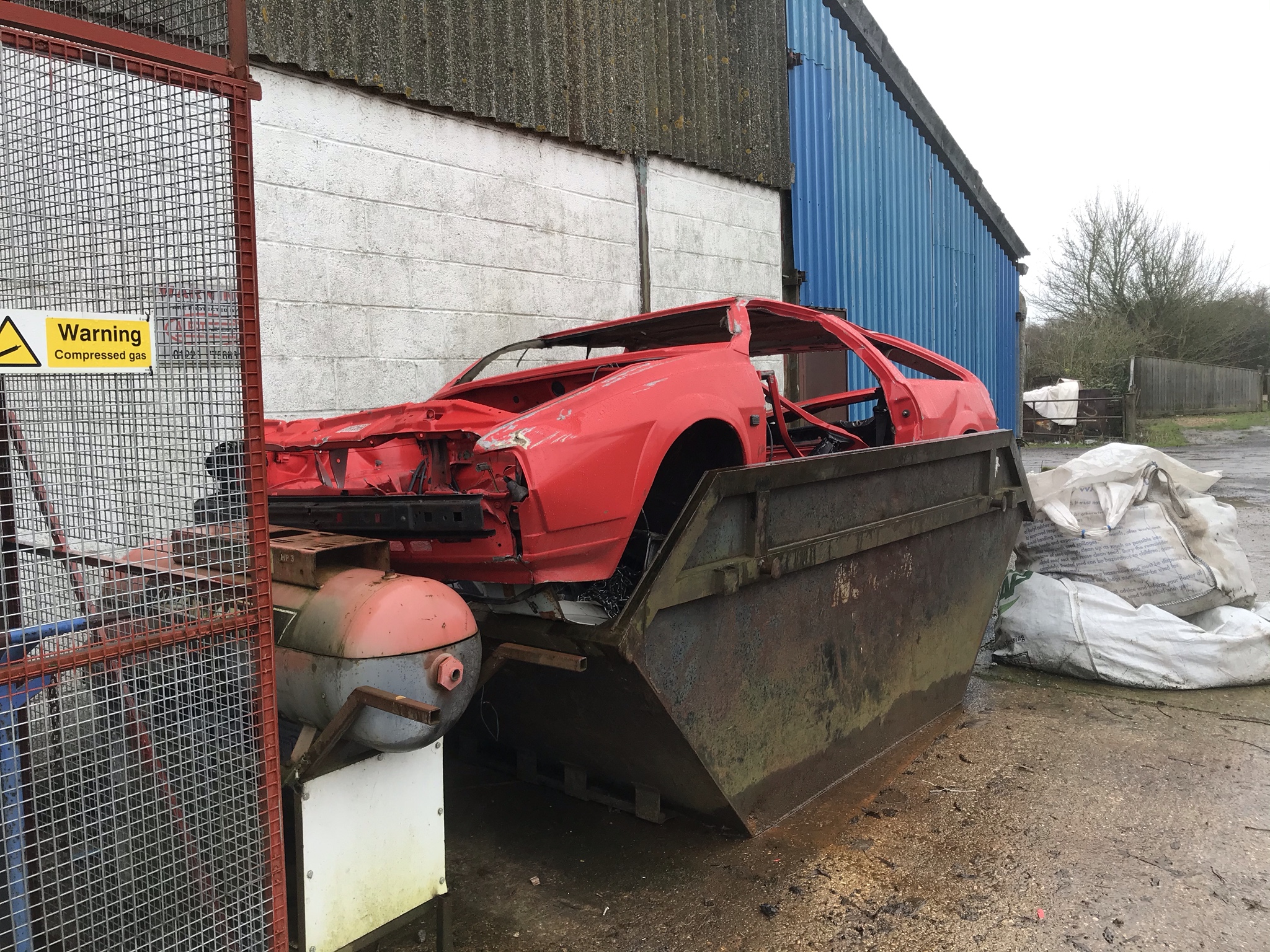 So long Herman the German. Thanks for all the good times. Onwards!